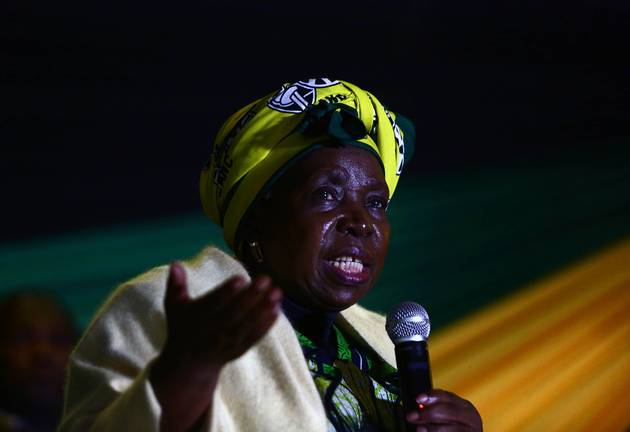 Presidential hopeful Nkosazana Dlamini-Zuma, said the tradition of the ANC states that whoever emerges gets the support.
Image: THULI DLAMINI

Presidential hopeful Nkosazana Dlamini-Zuma says that whoever is elected as ANC president in December will have to ensure that the party wins the 2019 general elections.

She said that while there could only be one ultimate winner‚ it did not mean the losers had to leave the organisation.

“If you want to lead‚ be prepared to be led also‚” she said. "If you contest an election you should know there are two eventualities. You will either succeed or not succeed. But does it mean the loser has to now leave the organisation? Why contest in the first place? If you are a leader you should always be prepared for this."

The former AU Commission chair took her campaign machinery to the Moses Mabhida region on Friday evening‚ where she addressed a Mandela Memorial Lecture at the Pietermaritzburg City Hall ahead of the annual Mandela Marathon‚ due to be held on Sunday.

Her address followed a tough week in the North West province‚ where she was barred by the trade union AMCU from laying a wreath for Marikana victims and had her speech disrupted at the Mmabatho Convention Centre.

She was accompanied by provincial secretary Super Zuma and Moses Mabhida regional chair Mthandeni Dlungwana. Dlamini-Zuma said if branches gave you a threshold you should be prepared to lead and‚ if not‚ you must follow the leaders.

She criticised those who wanted the ANC to do away with leadership contestations.

Dlamini-Zuma said the tradition of the ANC states that whoever emerges gets the support.

“The same tradition says those who did not succeed there’s no dustbin to throw them in. You will remember that when going to the conferences its about the numbers. Just let the branches choose‚” she said.

“The ANC has to win the elections in 2019 regardless of whoever wins [in December] all I say is that the winner will be ANC. We cannot make the ANC fail‚ if the ANC fails it will be us‚” she said.