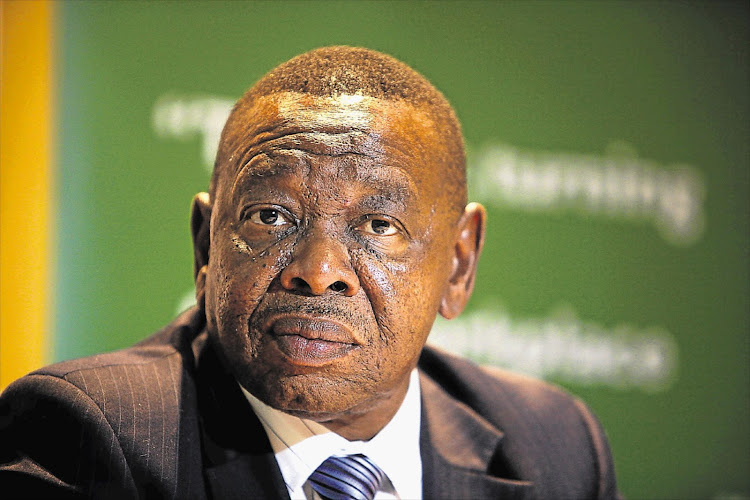 The SA Communist Party's (SACP) central committee has called on the SA Reserve Bank to stop the Guptas from selling their Tegeta mining company‚ newspaper and TV station‚ saying the family is using the sales to shift public funds abroad.

It is unclear how the Reserve Bank‚ whose mandate is to maintain the stability of the currency‚ has any power to stop the sales of the two private companies. But the SACP expressed concern that the Guptas are using the sales to move their money out of South Africa.

Nzimande said: "These dummy sales are brazen attempts by the Guptas to restore suspended banking services‚ to evade tax responsibilities and to expatriate yet more ill-gotten wealth. The transparent crudeness of these 'sales' underlies the racist contempt in which the Guptas hold South Africa's black majority.”

Tegeta‚ which was bought by the Guptas thanks to Eskom paying in advance for the mine's coal‚ is being sold to Amin Al Zarooni ‚ who owns a Swiss-based shelf company.

BRUCE WHITFIELD: A media deal, a mining deal and a real deal

Bruce Whitfield: And they say there's no economic activity in South Africa!
Business Times
4 years ago

Nzimande warned: “The Reserve Bank and commercial banks must block these manoeuvres before billions more rands of public resources disappear into Dubai.”

Nzimande called Mzwanele Manyi‚ who is buying ANN7 television station and The New Age newspaper‚ a “front man” and said Manyi had paid an inflated price of R450-million for the companies.

“It is something we will share with the ANC. We can't still be talking about this. We agreed on this [inquiry].

“In light of the avalanche of e-mails [exposing] the sheer scale of looting public resources ‚ we cannot passively await a long-postponed judicial commission.”

Mzwanele Manyi would have us all believe that his acquisition of The New Age newspaper and ANN7 television station from the Guptas is a great victory ...
Opinion & Analysis
4 years ago

Nzimande warned that if the criminal justice institutions didn't act with urgency on the allegations revealed in the leaked emails‚ “billions of rands of public money will continue to be spirited out of our country to Dubai”.

The SACP wants the separate parliamentary inquiry into state capture to expand its mandate to investigate claims the Guptas evaded paying tax.

The SACP called for “a massive working class mobilisation against state capture and corruption”.

It said marches and protests against state capture could not only be attended by "the middle class and capitalists".

The imminent closure of the Guptas' Bank of Baroda account may have put mine rehabilitation funds worth R1.6-billion at risk.
News
4 years ago

Decoding yet another Gupta house of cards

Dubai has been a good friend to the Guptas and, judging by the number of ill-gotten rands that have ended up in the emirate, the relationship has ...
Ideas
4 years ago

Is the Guptas' mystery buyer a fashion mogul?

ANC MP Pravin Gordhan said on Wednesday he had been tipped off that the procurer of Gupta-owned mining company Tegeta was a player in the fashion ...
Politics
4 years ago