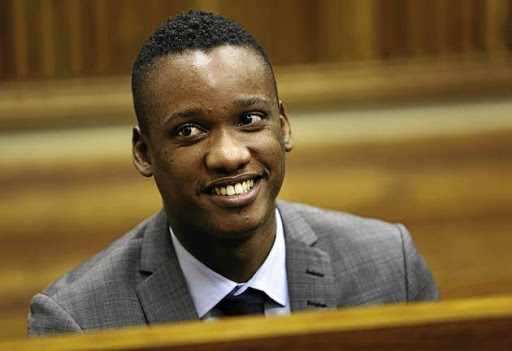 The heat is on the Guptas and their associates as President Jacob Zuma’s son Duduzane on Monday confirmed that "all" his bank accounts have been closed due to his association with the controversial family.

Zuma‚ whose relationship with the family has been well established‚ in an open letter to former finance minister Pravin Gordhan‚ inadvertently provided further evidence that the pressure was mounting on the Guptas‚ whose remaining bank accounts are expected to be closed at the end of August.

He and President Jacob Zuma’s elder son‚ Edward‚ in the space of days have launched an assault on Gordhan‚ who they blame for their woes.

It is unclear in what capacity Duduzane Zuma wrote to Gordhan — although it appeared that he penned the letter as an associate of the Gupta family and not as an ANC member or son of the president.

ANC MP Pravin Gordhan has listed ownership of shares and other financial interests in a number of companies‚ ranging from banking‚ mining and ...
Politics
4 years ago

Duduzane in the open letter to Gordhan said he was selling his shares in Gupta-linked companies so that he could focus his time on "clearing his name".

He admonished the former finance minister and accused him of using state bodies such as the Financial Intelligence Centre and the South African Reserve Bank to try to destroy him and his business colleagues "with no proof of misconduct".

"All of my bank accounts have been closed by your 'friends' in the banking industry. Likely with your support.

"Anybody can see that you are in bed with them‚ rather than on the side of hard-working South African citizens‚" Duduzane Zuma wrote.

He has not ruled out pursuing legal action against Gordhan for the "harm you are causing".

Duduzane Zuma also challenged Gordhan to take him to court if he thinks he has a case against him.

President Jacob Zuma's son Duduzane‚ described as a wealthy playboy after being made a director in a number of Gupta-controlled companies‚ says he ...
Politics
4 years ago

Last week Gupta-owned Oakbay Investments announced it was selling its media assets Infinity Media and The New Age as well as its mining asset Tegeta. Duduzane Zuma also has shares in these companies.

The family and its business dealings have come under the spotlight and have been implicated in allegations of state capture. A tranche of leaked e-mails also pointed to evidence of dodgy business dealings.

Duduzane Zuma said he and the Gupta family had pledged more than a year ago to exit their South African investments to make sure the jobs of those who worked for them were protected.

This was after the country’s four banks closed all their bank accounts.

"It has taken a while‚ but we have done it. You criticise this sale‚ as you don’t care about jobs for ordinary people‚ and if it doesn’t fit you and your political agenda‚" he said in the letter to Gordhan.

Last week‚ following the announcement of the sale of Tegeta‚ Gordhan said there was something strange about the sale of the Gupta companies.

"We should have our urgency fuelled by these successive disposals within 48 hours of South African assets‚" he said at the time.

A little more than a week ago‚ the High Court in Pretoria dismissed a application brought by Gordhan when he was finance minister‚ seeking a declaratory order that he could not intervene between the banks and a private client.

The court dismissed the application pointing out that the law was clear on the fact that no member of the national executive could intervene and said did not want to be pulled into political matters.

Treasury has been ordered to pay the costs of the matter.

Duduzane Zuma in the letter to Gordhan accused him of wasting taxpayers money on the court matter.

"If you had any conscience you would pay those costs back personally‚ but you never will‚" he wrote.

ANC shelters the corrupt and acts against the honest

The removal of outspoken ANC MP Makhosi Khoza from her position as chairwoman of parliament's portfolio committee on public service and ...
Opinion & Analysis
4 years ago

Duduzane Zuma further accused Gordhan of not wanting to acknowledge that he and the Guptas have welcomed the judicial commission of inquiry into state capture.

He said Gordhan ignored all of this and continued to persecute him and his business partners.

Duduzane Zuma also pointed out in the letter that there were no conclusive findings in the former public protector Thuli Madonsela’s State of Capture report and that the ANC’s own probe‚ when it asked whistle-blowers to come forward with information‚ came up with nothing.

According to Duduzane Zuma‚ there was also a Hawks investigation against him and the Gupta family which "came up with no wrongdoing".

It was not clear which investigation he was talking about. The Hawks could not be immediately reached for comment on this.

Contacted for comment‚ Gordhan said he has referred the open letter to his lawyers to look at.

As Duduzane Zuma stated he had reserved his rights to pursue legal action for the harm Gordhan was doing‚ Gordhan decided to refer the matter to his lawyers.

“The context matters. Why all of this? Two brothers getting noisy in the space of four days‚” Gordhan said.

He was referring to an attack by President Zuma’s other son‚ Edward Zuma‚ who disrupted Gordhan while he was addressing the Gandhi Memorial Lecture in Pietermaritzburg on Friday.