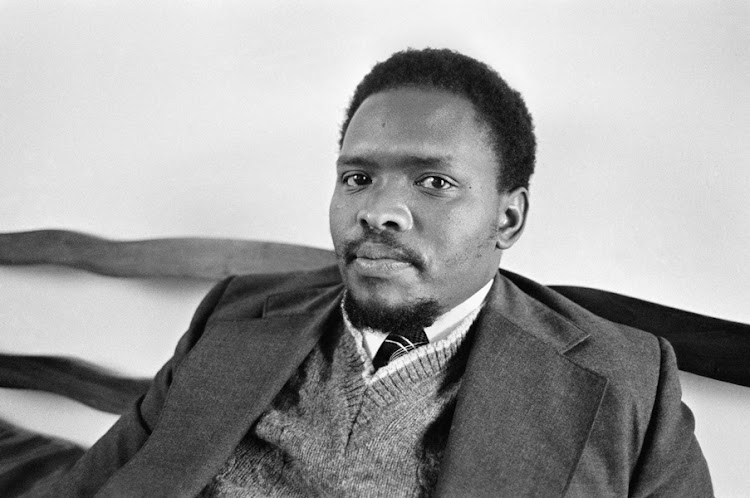 Steve Biko in King William's Town on September 3, 1976, a year before he was killed.
Image: John F Burns/New York Times

The country’s politicians today snubbed the event to commemorate 40 years since liberation struggle hero and Black Consciousness leader Steve Biko was killed while in police custody in 1977.

Contrary to previous commemoration events where provincial and national politicians came out in numbers to the Steve Biko Garden of Remembrance in King William's Town‚ where Biko’s grave is located‚ today less than a handful of prominent politicians could be spotted among the crowd of over 300 people who attended.

Most of those in attendance today were inter-dominational religious leaders‚ hundreds of school learners‚ family members and staff at the multimillion-rand Steve Biko Centre in Ginsberg.

Steve Biko: Gone but not forgotten

Tuesday marks the 40th anniversary of the death of Black Consciousness leader Steve Biko. Activists and friends share memories of the man behind the ...
News
4 years ago

The only notable prominent provincial politician who was among those who attended was sport‚ recreation‚ arts and culture MEC Pemmy Majodina‚ while former ANC member of the provincial legislature‚ Phila Nkayi‚ was also among those who joined the clergy and Biko’s family in today’s commemoration.

This was while premier Phumulo Masualle‚ provincial ANC spokesperson and rural development MEC Mlibo Qoboshiyane and former Buffalo City Metro mayor and now council speaker‚ Alfred Mtsi‚ were some of those who attended the previous events to remember Biko’s brutal killing.