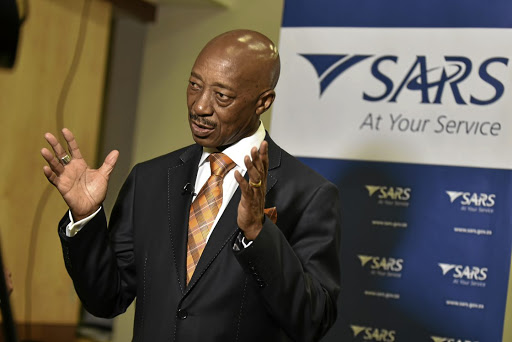 The disciplinary hearing against Makwakwa‚ who has been on suspension for about a year‚ took place in July and August.

SARS has filed its closing arguments and Makwakwa was scheduled to file his closing arguments this week. It will then be up to the chairman of the disciplinary committee to make a decision‚ SARS chief officer of human capital and development Teboho Mokoena told MPs.

'Moyane ordered that I be discredited' – SARS official strikes back

SARS official Vlok Symington has hit back at his employer‚ who in court papers filed on Monday denied his allegations of political interference at ...
News
4 years ago

Suspicious transactions implicating Makwakwa were reported to SARS commissioner Tom Moyane by the Financial Intelligence Centre in about May last year. He was found to have made cash deposits into his bank accounts amounting to R1.3m.

Makwakwa claimed the money was from a taxi and stokvel business.

The matter was investigated by law firm Hogan Lovells.

Mokoena said that Makwakwa had requested to be paid a bonus but this was refused as SARS did not pay bonuses to staff members on suspension.

A R13bn tax shortfall - and we know how fiscal holes are filled‚ don’t we?

“Bad news‚” you tell your beloved as you slump at the kitchen table after a long day at the office. “I’ve done the sums and we’re not going to have ...
Ideas
4 years ago

The committee was also updated about the affair involving SARS deputy director of law Vlok Symington - who was held hostage in his office during an attempt by the Hawks to get hold of documents related to their bid to charge former finance minister Pravin Gordhan. Symington and Moyane's bodyguard were involved in an altercation during the events.

The matter was investigated and the recommendation of the inquiry was that disciplinary proceedings take place against both Symington and the bodyguard. This was due to take next week but in the interim Symington approached the court for an interdict against the proceedings. The court case is due to be heard tomorrow Thursday