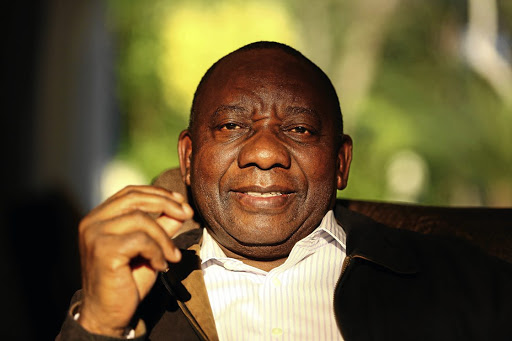 Controversial businessman Kenny Kunene said on Friday that his online publication had “over a hundred videos and photos” of women with whom Deputy President Cyril Ramaphosa allegedly had affairs.

“Obviously we will then have to make sure that we lock them far away‚ because the order has been made that we must never use them. We are going to respect that order‚” he said outside the South Gauteng High Court in Johannesburg on Friday.

The website published graphic sexual videos that a woman allegedly sent to Ramaphosa‚ who is not in the videos. The website blurred out the woman in the videos‚ but published her name‚ age and where she lives.

The woman applied on Monday for an interdict to remove the two videos on the website and prevent further publication‚ but not to alter the text of the article.

Keightley said the woman’s right to privacy outweighed the public interest and the right to freedom of expression.

She said the publication “crossed the line” and did not consent to the world seeing the videos “at a click of a button”.

Keightley said it does not matter if the videos were made for or sent to Ramaphosa.

Kunene said outside court the videos will be removed “in the next hour”.

Attorney Nomaswazi Maseko‚ representing the applicant‚ said outside court they are pleased with the judgment.

“There is a huge difference between the public interest on one hand and on the other side what the actual public would deem to be interested in.”

Maseko said they will consult with their client on further possible legal action.

Kunene said Ramaphosa can no longer speak “from a moral high standard”.

“We have more people that have called in about his extramarital affairs and we will be investigating those cases. If there’s merit and evidence‚ we will write about them. We will not stop.”