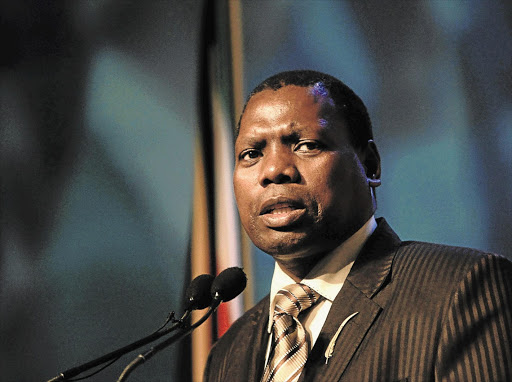 Mkhize said in a statement in response to an article run by the City Press on Sunday accusing him of misleading Kuzwayo into dropping charges against the president.

“In the year 2005‚ I was called by President Zuma who advised me that he had made a terrible mistake of having sexual relations with Fezeka (Fezekile). I was shocked by this because I had always been under the impression that Fezeka was like a daughter to both of us.

She was born as Fezekile Ntsukela Kuzwayo, the child of struggle parents. Before she was two years old, the family had gone into exile where they ...
News
4 years ago

“When I listened to what President Zuma was saying to me‚ his version appeared to show that there was a degree of an intimate relationship that had built up over a period between them‚” said Mkhize.

According to him‚ he and the president looked upon Kuzwayo as their daughter.

“The reason why I believe the President said this was a mistake‚ is because he knew that I would never have expected him to engage in that kind of a relationship with someone we both regarded as a daughter. He also informed me that he had been made aware that Fezeka was in the process of laying criminal charges against him.”

In his effort to “help” the Kuzwayo family‚ he‚ her mother‚ Beauty Kuzwayo‚ and a family friend whom they lived with in exile asked Khwezi for a meeting so she could state her version‚ but she declined the meeting.

Mkhize says he telephoned her instead and “whilst on the phone with her she told me that she was raped”.

Following this Mkhize admitted to seeking legal representation for the Kuzwayo family but denied having any influence on the legal advice.

“I requested friends based in Gauteng to refer me to a Johannesburg-based lawyer who would assist my family on an urgent legal matter. I was given Mr Yusuf Docrat's contacts. I must clarify that before this incident‚ I had never had any dealings with Mr Docrat and had never met him. There was no relationship whatsoever between myself and Mr Docrat before I contacted him telephonically regarding this matter‚” Mkhize said.

“At no point was the lawyer instructed to advise Fezeka to drop the charges...In all that I did it was never my intention to let her down. I also did not in any way undermine her right to pursue any legal recourse in this case‚” he said.

Mkhize says that after seeking legal representation for the family the matter became legal and he avoided contact with the family as he wanted to avoid interference in the case.

“Sis Beauty left for Johannesburg. We kept in touch the whole time when she was there. A few days later‚ she contacted me to inform me that she was going to return to Durban to collect more of her clothing items as she needed to be with her daughter. She also informed me that she might no longer be available on her phone going forward because they were now dealing with police‚” Mkhize explained.

Prudence Mabele, who has died in Johannesburg at the age of 45, was the first black South African woman to reveal publicly that she was HIV ...
Opinion & Analysis
4 years ago

Mkhize says that prominent broadcaster Redi Thlabi did not afford him an opportunity to respond to the allegations of his involvement in the case as detailed in her newly released book: Khwezi - The Remarkable Story Of Fezekile Ntsukela Kuzwayo

In the City Press article‚ the late Kuzwayo was quoted as having said that Mkhize advised her to drop the charges.

“After taking the story‚ he then proceeded to talk about the case and the pros and cons of going on with the case‚” Kuzwayo was quoted as saying.

“Initially‚ he seemed to be objective and just talking and helpful‚ and then‚ towards the end of the conversation‚ he clearly said that he was advising that I should drop the charges‚ and when we finished talking‚ it was clear that I said to him that I was not dropping the charges.

"He then just said that Malume Zweli would be surprised at the outcome of the meeting.

“Malume Zweli sounded so genuine‚ so it was easy to trust him. He also‚ at some point‚ came to see Ma‚ to see if she was coping; helped her with travel arrangements‚ money for food...” Kuzwayo was quoted as saying.

Kuzwayo who died in October last year had suffered a public backlash after she accused the president of rape in 2005.

Zuma was acquitted of the charge in 2006.

Earlier this week the Sowetan newspaper reported that the book revealed that the president had allegedly forced himself on a journalist on the false pretext of showing her something in his Forest Town home.