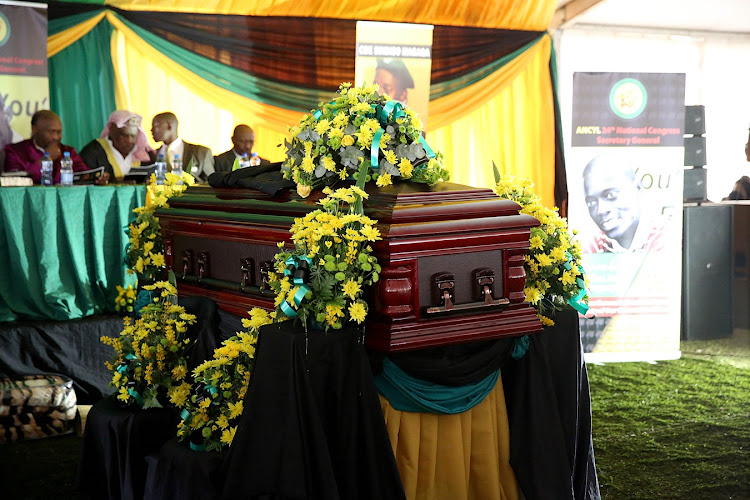 Police have revealed the identity of one of the gunmen allegedly linked to the murder of former ANC Youth League general secretary Sindiso Magaqa.

Hawks spokesman Brigadier Hangwani Mulaudzi said on Monday that 38-year-old Jabulani Mdunge‚ who was killed in a shootout with police during a foiled cash-in-transit heist on September 1‚ had been a suspect in Magaqa’s murder and the attempted murder of two councillors‚ Nontsikelelo Mafa and Jabu Msiya.

The Hawks are searching for a second suspect.

Forensic evidence has led the Hawks to confirm that a gunman implicated in the murder of former ANC Youth League general secretary Sindiso Magaqa was ...
Politics
4 years ago

Mdunge was part of a syndicate en route to commit a cash-in-transit heist between Kokstad and Harding on the KwaZulu-Natal south coast on September 1.

Police‚ acting on a tip-off‚ foiled the heist and a shootout ensued. At least four suspected robbers were killed and several others were injured.

“Jabulani Mdunge‚ who resided in Berea and KwaMashu Hostel‚ was allegedly part of a group of ten armed robbers who were involved in a shootout with police.

“The men were allegedly on their way to commit a cash-in-transit robbery when they were intercepted by police. When confronted by police‚ the suspects opened fire on police and in the exchange of gunfire‚ three suspects were shot and killed while seven were arrested. A number of firearms including AK 47 rifles and handguns were confiscated by police‚” said Mulaudzi.

A few years ago, a senior ANC leader in KwaZulu-Natal remarked of the province that it was not at peace - it just had an absence of war.
Opinion & Analysis
4 years ago

“Mdunge was allegedly killed during the shootout and has been identified and linked as one of the suspects that matched the profile through forensic intervention. Attempts to apprehend the second suspect are still under way‚” he said.

Meanwhile‚ the Hawks were offering a reward of up to R450‚000 for any information that could lead to the arrest and successful conviction of suspects responsible for the ongoing political killings in KwaZulu-Natal.