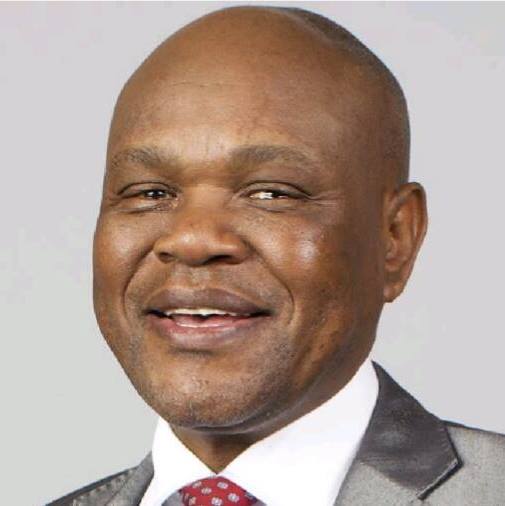 ANC MP Mnyamezeli Booi says he is not sorry that he attended a media briefing hosted by the SA Revenue Service (SARS).

Booi is a member of parliament's Standing Committee On Public Accounts (Scopa) which often takes government departments and agencies to task.

Therefore‚ Booi's presence at the briefing on Monday raised eyebrows‚ especially given the controversial topic.

Booi apologised on Tuesday for the perception that he had created by attending the press conference‚ but not for sharing the platform with SARS Commissioner Tom Moyane.

Throughout the briefing Booi was seated next to Moyane‚ and even answered questions from the media.

“The perception is all I am talking about‚” Booi said when asked about the apology.

“I am concerned about the public‚ not the EFF. The perception that I came there to protect SARS‚ it's not like that.”

When asked why he had felt it necessary to attend the briefing‚ Booi said he would not get into the details‚ but added that Scopa chair Themba Godi had also clarified the issue.

“We want to focus on KPMG.”

Booi apologised on Tuesday following a sharp statement from the EFF's Mbuyiseni Nldozi‚ who questioned why the ANC MP was there‚ saying it gave the impression that “SARS is run by Parliament‚ defying the simple logic of separation of powers”.

The briefing concerned the announcement by auditing firm KPMG that it was withdrawing recommendations in its so-called rogue unit report‚ effectively rendering the R23-million project useless.

SARS Commissioner Tom Moyane says the revenue service will be taking legal action against auditing firm KPMG after it withdrew its report into the ...
News
3 years ago

He said SARS would review all work KPMG has done for the revenue service.

Godi on Tuesday said he had been aware Booi would be attending.

“Mr Booi was invited and he spoke about it with me‚ so I was aware he was going there. And indeed we did not think that it was going to create the kind of destruction that it has done‚” Godi said.

“Our presence there was neither an endorsement of KPMG or SARS. That is why even when he was there he said our interest is in the fiscus‚ money has been used‚ and we have an interest in understanding what has happened.”

“I do want to stress that Scopa remains neutral in the fight between SARS and all those who are implicated in the rogue unit‚” Godi concluded.

The EFF said it would write to National Assembly Speaker Baleka Mbete to call Booi and Scopa to order for attending the briefing and “confusing the public”.