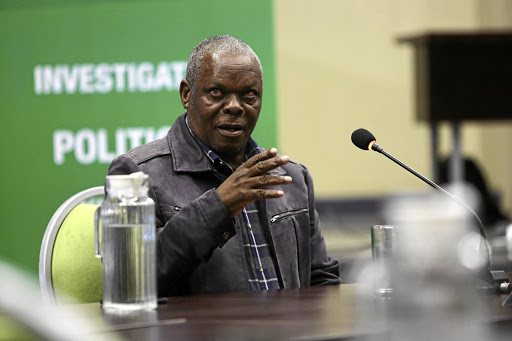 A northern KwaZulu-Natal councillor has claimed the party has uncovered thousands of illegal ANC members ahead of the party's elective conference in December.

Pongola ANC councillor Nqaba Mkhwanazi, who gave evidence on Monday at the Moerane Commission, which is sitting to investigate political violence in the province, said the party had discovered 4000 illegal ANC membership cards bearing a fake stamp from the Zululand region.

He said the fake members were linked to "certain branches" of the ANC Youth League.

"We have submitted the list to the secretary general to investigate."

ANC provincial spokesman Mdumiseni Ntuli confirmed that the claims of fraudulent members were being investigated by the provincial executive committee.

"This matter has been reported to us and we have investigated the list.

“Unity” is destined to be the most overused word in the ANC over the next three months‚ and possibly the most potent campaign tool as a surprise ...
Opinion & Analysis
4 years ago

"Corrective action is being taken and we have gone to those involved to respond to our findings."

He said preliminary investigations revealed about 1000 names, but "as we go deeper the figure might increase".

Mkhwanazi told the commission there would be more killings in KwaZulu-Natal if a provincial elective conference was not called ahead of the December conference.

"If that is not done, come local government elections in 2021, we will have three factions and more killings.

"There won't be two camps, but three: one going for Deputy President Cyril Ramaphosa, another for Nkosazana Dlamini-Zuma and the other for Zweli Mkhize," said Mkhwanazi.

"There is a problem. Our national leadership is causing problems."