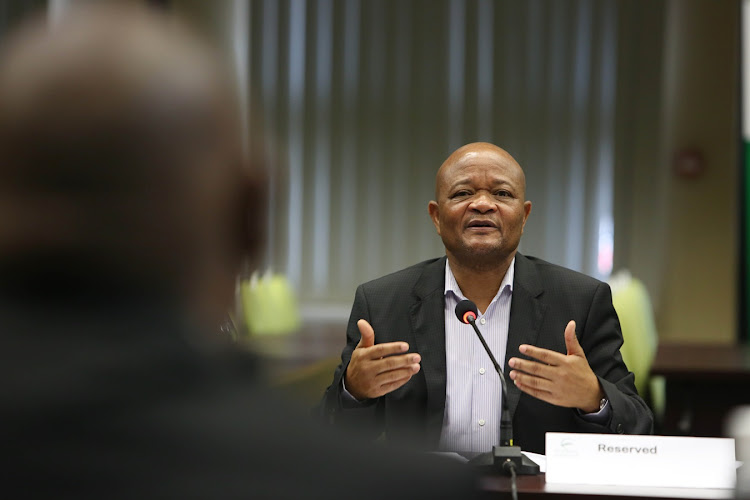 Since the beginning of the year‚ at least 10 people have died in apparent political violence in KZN‚ most linked to internal party factions.

"The ANC must accept responsibility‚ that's the first thing we need to do. We are responsible‚ whether directly or indirectly. When we accept this responsibility‚ as an organisation‚ we have to act accordingly. I don't think we have a choice. Somebody said to me the difference between KZN and Limpopo is that in Limpopo when they resolve with problems they use muti‚ in KZN you kill directly.

"The real solution‚ not the instant solution‚ but the real solution‚ is for the ANC to accept responsibility and act accordingly. For that you need strong‚ resolute leadership that doesn't depend on this or that faction for survival‚" he said.

Had IFP leader Mangosuthu Buthelezi not left the ANC Youth League‚ the bloodshed between the ANC and IFP in KwaZulu-Natal could have been avoided.
Politics
4 years ago

Mchunu was ousted as party chairman at the now-nullified ANC KZN 2015 elective conference. He said he was now a small-time farmer since being "fired" as KZN Premier in May 2016.

He said during riveting testimony that while political violence in KZN had largely been between the ANC and the IFP in the 1980s and into the 1990s - which was historically sponsored and backed by the apartheid government - it had started to become more internal within the ANC recently.

On top of this‚ the violence had been overwhelmingly aimed at local government officials and councillors. This‚ he said‚ was because the councillor post was an "easily-accessible paid public position for people".

"You don't have to have any academic qualifications‚ you don't have to have whatever money. Because of this‚ it is gradually becoming highly competitive. It is no exaggeration to say that you can find up to ten people fighting to become a councillor in a ward‚ or wanting to become PR [proportional representation] councillors in the same area. Competition is very high‚ and it promises double-growth - one in terms of social status…and it also pays‚ financially‚" he said.

On top of this‚ it also created an environment where the councillors and their "inner circle" of backers who carried the councillor to power‚ could access tenders.

"It creates proximity to tenders‚ or proximity to power-broking positions within the political power ladder. This in turn brings the honour to offer employment or other favours. When you become a councillor you are in a close proximity for awarding tenders‚ either formally or informally‚ directly or indirectly. It has benefits. Indirectly because‚ as a councillor‚ you know what's going to come up in formal councillor meetings. You know what tender is going to be out‚ where‚ for how much…and you‚ then‚ informally go to potentially interested parties‚ get to them and say‚ 'You know what‚ there's this tender coming. I thought I should just inform you'‚" he said.

He added that ANC party lists‚ which were used to determine who stood as councillor candidates and also the order in which PR councillors would be allocated to local councils‚ were also "maniputalated". Sometimes‚ meeting venues and times were changed at the last minute to alienate supporters of some potential candidates. On other occasions party leaders would simply change the lists after voting.

In other cases‚ "bouncers" - described as big‚ intimidating men - would be present at meetings to physically deter people from voting against certain individuals. It was also possible‚ he said‚ that municipal police‚ SAPS or even private security were also used to intimidate party members to vote for a certain person.

TimesLIVE has approached the ANC in KZN for comment and this story will be updated when a response is received.

A northern KwaZulu-Natal councillor has claimed that they have uncovered thousands of illegal ANC members ahead of the elective conference in ...
Politics
4 years ago

In an effort to fight violent crime and eradicate illegal firearms in KwaZulu Natal‚ a multi-disciplinary team arrested four suspects‚ including one ...
News
4 years ago