Parliament to study court ruling on funding of political parties 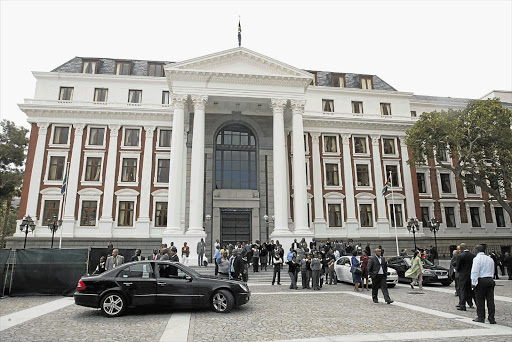 “The Ad Hoc Committee on the Funding of Political Parties has until 30 November to submit a report to the National Assembly.
Image: Sunday Times

In a statement‚ Parliament said it had noted the judgment in favour of the “My Vote Counts” campaign‚ which challenged the constitutionality of the PAIA insofar as it did not allow for the disclosure of information on private funding to political parties.

“Parliament has begun a process of developing a law to regulate the public and private funding of political parties‚ including prohibiting certain donations made directly to political parties and regulating disclosure of donations.

The Draft Political Party Funding Bill (2017)‚ which is currently available on the Parliament website and has been gazetted for public comment‚ is scheduled for public hearings at Parliament on 7th and 8th November 2017.

“The Ad Hoc Committee on the Funding of Political Parties has until 30 November to submit a report to the National Assembly.

In view of the ongoing parliamentary process‚ Parliament will study today’s judgment and its implication on the Bill and the work of the ad hoc committee‚” the statement read.