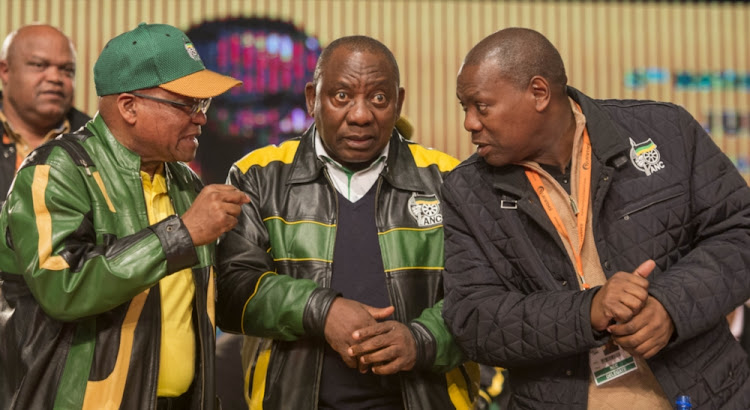 “I am not able to comment on that because I do not know what the statement was. Unfortunately‚ I was not there‚” Mkhize said.

He was addressing journalists at the Joburg Indaba held in Sandton on Wednesday.

Speaking at a gala dinner on Tuesday‚ Zwane had said: “We already know who will be the president. It’s a done deal. We are not stressing. The policies won’t change. In January‚ there will be new leadership and policies will remain the same.”

Mineral Resources Minister Mosebenzi Zwane says it’s a foregone conclusion who the next president of the ANC will be.
Politics
3 years ago

Zwane said the matter had already been decided at branch level and the result was already known within the party.

He made the remarks at a gala dinner on Tuesday night.

The ANC is expected to elect a new leader in December. The contest has sharply divided the party‚ in particular those rallying behind deputy president Cyril Ramaphosa and rival Nkosazana Dlamini-Zuma.

President Zuma has openly thrown his weight behind his ex-wife.

Zwane’s comments came just days after a violent brawl at a provincial ANC leadership conference in the Eastern Cape.

WATCH | Explainer: State of the ANC - has the party descended into chaos?

With a divided and fractious ANC clashing in the lead up to the national conference, Moipone Malefane, associate editor at The Sowetan, discusses the ...
Politics
3 years ago

A disgruntled ANC member in the Free State has given the party structure until the end of the week to disband the provincial executive committee‚ ...
Politics
3 years ago

A group of ANC dissidents referring to themselves as the ANC stalwarts and veterans have condemned the violence that erupted at the ANC Eastern Cape ...
Politics
3 years ago