‘Common knowledge’ there are problems at MDDA: Dlodlo 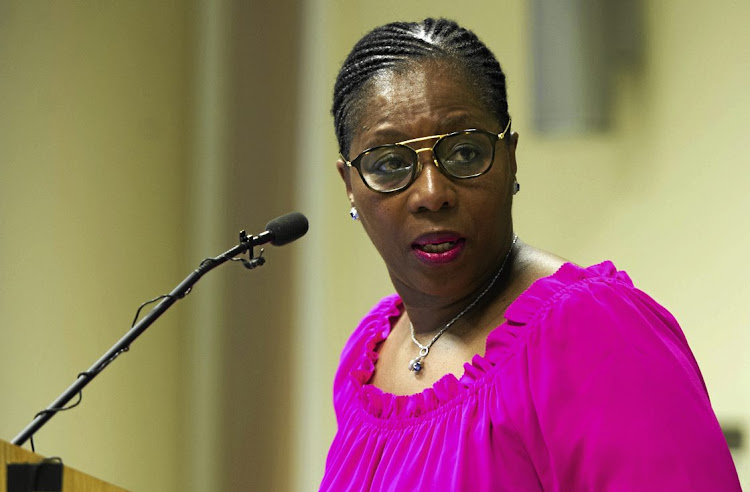 It is "common knowledge" there are problems at the Media Development and Diversity Agency (MDDA)‚ says Communications Minister Ayanda Dlodlo.

"But it is not as if they will kill the organisation‚" she told a media conference in Hyde Park‚ Johannesburg.

Dlodlo said she has not taken disciplinary action against MDDA board chairperson Phelisa Nkomo‚ because she believes Nkomo has not been given the chance to respond to allegations.

"I do not take decisions on the basis of rumours. It does not help if you do that‚" Dlodlo said.

"That process is to begin when the chairperson and I will deal with all of the allegations line by line."

A report detailing alleged mismanagement and abuse of power at the MDDA has gathered dust for nearly a year.

The failure to act has pitted former Communications Minister Faith Muthambi against Dlodlo.

A damning report detailing alleged gross mismanagement and abuse of power at the embattled Media Development and Diversity Agency (MDDA) has gathered ...
Politics
3 years ago

Muthambi commissioned the report in November 2015.

Former MDDA board member Mzwanele Manyi headed the team tasked to probe “governance matters” at the MDDA. He handed the report to Muthambi’s office in November 2016.

The report recommends disciplinary action be taken against Nkomo. None has been taken.

The report found Nkomo had not signed off on board minutes‚ had submitted extravagant claims for board fees and “other expenses”‚ and held an excessive number of board meetings without Muthambi's permission.

It also found Nkomo claimed R235‚204 for board fees and expenses between January and December 2015 and that R95‚000 was paid to a company Nkomo allegedly recommended to take minutes of board meetings.

According to MDDA regulations‚ the board is allowed four normal and eight special board meetings annually with board members paid R2‚200 per meeting‚ excluding travel expenses.

Manyi’s team could find no approval for the board to deviate from the prescribed number of board meetings‚ which saw Nkomo paid around R200‚000 irregularly.

The investigation found the minutes of board meetings were not signed by Nkomo‚ contravening the MDDA Act‚ and that R1-million in fruitless and wasteful expenditure had been incurred through the hiring and subsequent withdrawal of Dr Samuel Vilakazi as CEO.

Muthambi has denied keeping the report under wraps‚ saying it was among the paperwork handed over to Dlodlo in April this year after the cabinet reshuffle.