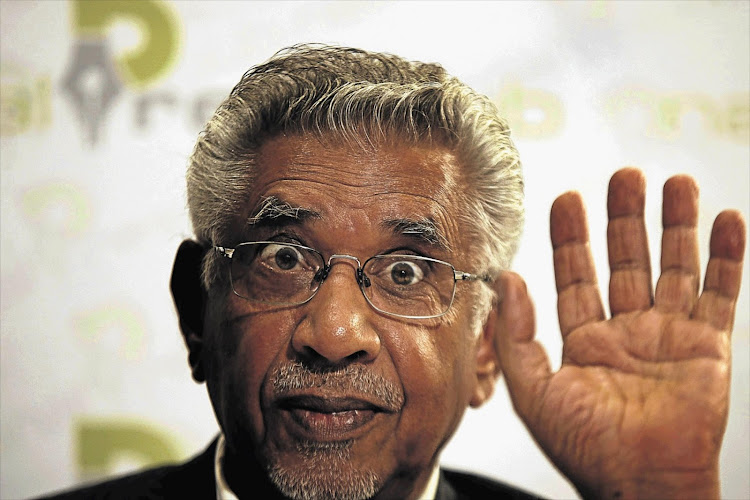 The Mail & Guardian has won a six-year legal battle to reveal the contents of an interrogation of former minister and presidential spokesperson Mac Maharaj.

The newspaper on Friday revealed how Maharaj had allegedly lied in 2003 when he was questioned by the defunct Scorpions unit.

Maharaj was questioned in terms of section 28 of the constitution in relation to payments he might have received from businessman Schabir Shaik‚ who was later convicted of facilitating bribes for President Jacob Zuma in relation to the controversial government arms deal. Zuma was deputy president at the time.

The Mail & Guardian reported that Maharaj had lied repeatedly during the section 28 Scorpions interrogations‚ which takes place in secret and does not allow for the respondent to be dishonest. Being dishonest during the above-mentioned interrogation is a criminal offence.

The amaBhungane investigative journalism unit got hold of the transcripts of the Scorpions inquiry in 2011.

Focus on your “fake” illness and leave politics to us.
Politics
4 years ago

In 2011 the Sunday Times newspaper reported that Maharaj‚ during his time as a transport minister‚ had allegedly received bribes between 1997 and 1999 from a French weapons firm at the centre of the arms deal probe. According to the report‚ Maharaj was paid 1.2 million French francs (about R16.83 million at current rates) through an offshore bank account registered in the name of his wife‚ Zarina.

Zarina was also interrogated by the Scorpions in terms of section 28.

In 2011‚ the Mail & Guardian was forced to censor a front-page story about the Scorpions interrogation after Maharaj's lawyers warned that doing so might be illegal.

It is reported that by then other information was made known about payments made to Maharaj by Shaik in “direct contradiction of what Maharaj had said behind closed doors in 2003”.

The Supreme Court of Appeal recently ruled that the NPA Act does not impose a “blanket ban on disclosure‚ but rather that the decision requires an appropriate balance between securing the criminal justice system and upholding freedom of expression”.

Supporting his judgment‚ Judge Visvanathan Ponnan said that in publishing the transcript the newspaper would be revealing to the country’s citizenry what was said by a senior public office bearer in response to allegations of unlawful conduct involving public funds.

M&G said it had sent detailed questions to Maharaj. He responded by questioning the source of the newspaper's investigation.