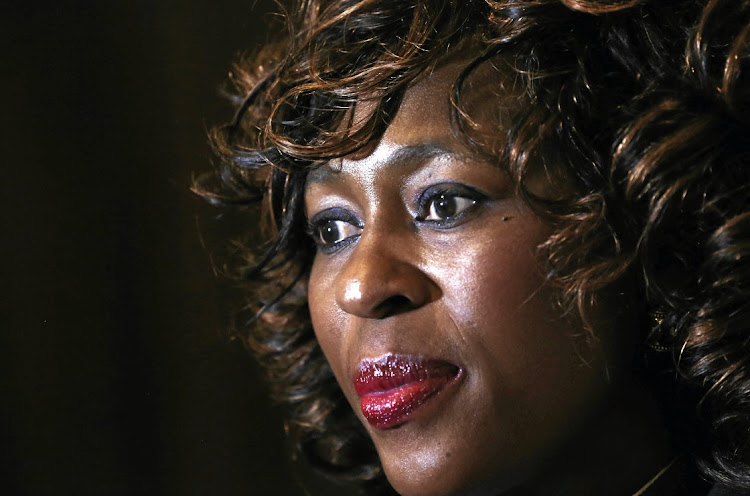 Former ANC MP Makhosi Khoza hinted at her political future when she canvassed social media opinion on Sunday about support for a new political party.

The outspoken Khoza‚ who supported the call for President Jacob Zuma to step down‚ set the cat among the pigeons when she posed the question: "Are you in favour of a new political home‚ say 'yes'‚" on Facebook on Sunday.

Hundreds of people - frustrated by corruption‚ state capture and internal faction fighting within the ANC - promised to support Khoza who controversially withdrew from the ANC in September while others encouraged her to join Julius Malema's Economic Freedom Fighters.

Khoza‚ who received death threats before she bid farewell to an "alien and corrupt" ANC last month‚ said she had become involved in politics as a moral duty to the people of South Africa.

In her resignation announcement she said: "The people of this country are in desperate need of leaders with courage‚ compassion‚ high moral standing and who have their interests at heart."

She said she wanted to free herself from the "ugly‚ nasty‚ self-serving‚ factional and unprincipled contestations for positions" ahead of the ANC's elective conference in December.

At the time‚ she said she would not join the Democratic Alliance.

She said on Sunday that posting on social media was part of her consultation process.

"I have been approached by many civil society‚ social movements and many individuals especially young people and women‚ notably feminists. So‚ I am testing my loyal constituency‚ Facebook. I have to make a final decision latest March 2018 in order to prepare well."

The deadline would be ahead of general elections in 2019.

In response many people urged Khoza to wait until the results of the ANC's December conference.

One user‚ Sam Shilubane‚ said: "If the CR17 team loses due to votes rigging of course‚ then consider joining them and be part of a new political party that the team will form. If the CR17 team wins‚ then as per your own station‚ that if a credible leader can be found to lead the ANC‚ you would come back‚ then do so."

Makhosi Khoza described the ANC as "alien", "ugly", "nasty", "self-serving" and "unprincipled" on Thursday as she exited the organisation.
Ideas
4 years ago

Another user‚ Goodfriday Mhlongo‚ suggested that the "political centre is highly saturated".

"There's absolutely no future for another liberal party in the country. The ANC‚ DA‚ COPE‚ ACDP‚ UDM‚ IFP‚ NFP etc are occupying that space already. There's a need to grow and consolidate the political left….I thought Cdes Jim and Vavi would have launch an in apologetic working class party (which could keep the EFF on its toes)".

Makoena Ngoepe said: "You don't have numbers. Spare your name an embarrassing possible backlash. If I were you‚ I would think again than to purse those unrealistic ambitions. No one knew you before your appointment as parliamentary committee chair and still no one knows you except few with internet access and television. And out of that‚ almost all of them‚ if not all don't think you are capable at that level. Stop behaviour like a desperate hungry comrade. I am sure there are other worthy causes you can pursue."