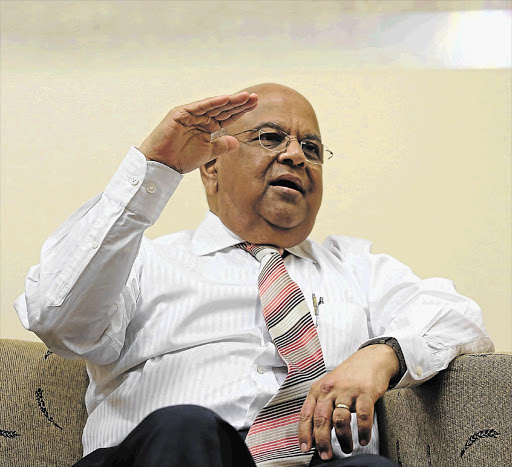 Talks of unity among some ANC leaders leading up to the ANC December elective congress are attempts to serve individualistic political interests.

These are the views of former finance minister Pravin Gordhan‚ who said some leaders were hiding behind ‘unity’ to protect their political careers.

“These talks about unity mask political interests. Some people see that they will not make it come December‚ so they preach unity so that whatever side wins they can be secure‚” Gordhan said.

Gordhan and former deputy finance minister Mcebisi Jonas were fired by President Jacob Zuma after being recalled from an overseas trip early this year. Zuma cited an intelligence report as the basis for removing the two.

In his closing statement at the ANC policy conference in June‚ Zuma called for an amendment to ANC policy‚ where the losing candidate in the contest for the position of president of the party automatically becomes the deputy president in order to curb divisions and foster unity within the ruling party.

Gordhan said that calls for unity should not be used for narrow political gains but rather to address and serve national interests and assure a functioning judiciary. He said that come December the ANC should elect leadership that has the interests of the people at heart.

“We’ve had some of the greatest leaders in our country. The question is: what happened to the values of humility and honesty they brought to our public life? Today we are faced with a country that is characterised by state capture and political decline. We have to recapture the State‚” Gordhan said.

He said that the country needs leadership that is honest‚ that is connected with citizens and are able to mobilize. The Ahmed Kathrada lecturer is an annual event. The topic of this year’s event‚ which was the 8th‚ was State Capture: what can we do about it? Some key figures that were in attendance included George Bizos and Barbara Hogan.

Many voters, especially disillusioned ANC members unable to see a viable alternative, are often tempted to give the party a second chance.
Opinion & Analysis
4 years ago

Indians not black enough for BEE?