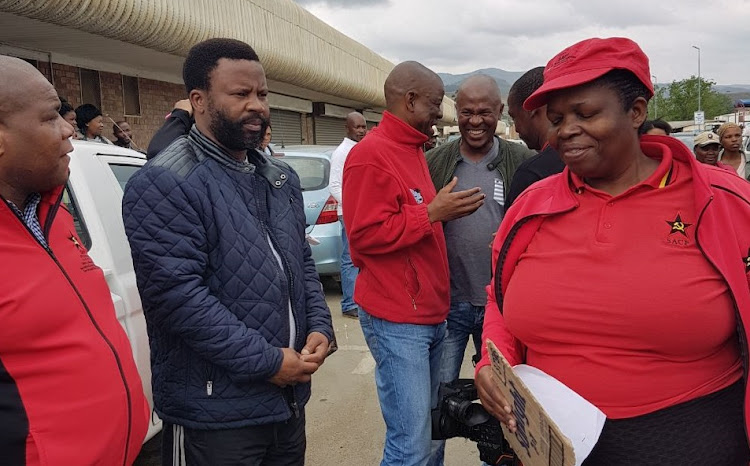 A South African Communist Party district secretary who was arrested over the weekend‚ when he was found in possession of a firearm without a licence‚ was released on Monday morning following a short appearance in the Umzimkhulu Magistrate Court on the KwaZulu-Natal south coast.

Nhlanhla Zungu‚ who is also an ANC regional executive committee member‚ was arrested at a roadblock conducted in the Umzimkhulu area‚ when he failed to produce a licence for the gun he was carrying.

He apparently told the court that he had erroneously left the licence at home‚ and he produced it in court‚ validated by the police.

Umzimkhulu has experienced at least 10 politically related killings and shootings since April this year. One of those was former ANC youth league secretary general Sindiso Magaqa‚ who was wounded in an ambush in the Harry Gwala region in July‚ as were ANC councillors Nontsikelelo Mafa and Jabu Maziya. Magaqa‚ who had appeared to be recovering‚ later died.

The arrest of Zungu has also opened deep-seated animosity between the ANC and the SACP‚ as both parties support different candidates heading into the December national elective conference of the ANC.

Most of those who came to support Zungu were wearing CR17 shirts‚ and many believed this was a setup. "Clearly it was a ploy to set him up‚ because he's one of the people campaign for deputy president Cyril Ramaphosa in this area‚" said a local SACP member.

There was jubilation when Zungu was released‚ and the crowds carried him around before he addressed them.

The SACP in the province sent its second deputy president‚ Msizi Nhlapo‚ to Umzimkhulu. Nhlapo was not immediately available for comment.