Duduzane prosecution: 'This is about justice for the family‚' says Nel 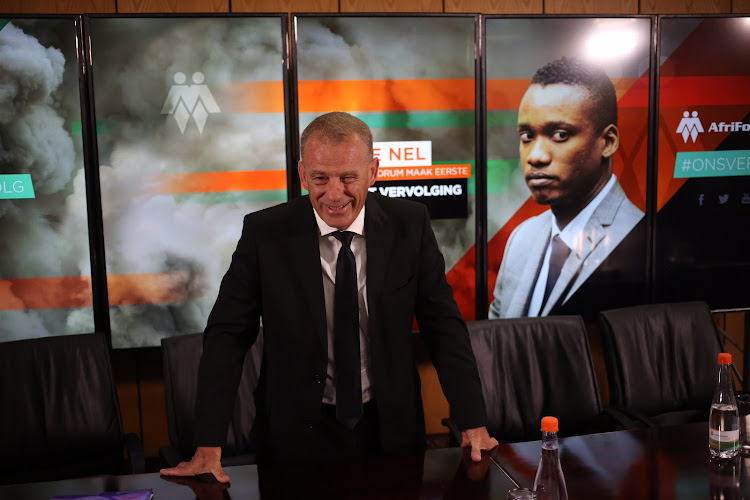 The National Prosecuting Authority's failure to prosecute Duduzane Zuma for the death of a young mother‚ despite a magistrate's recommendation‚ is the driver behind AfriForum's private prosecution of the president's son.

The announcement was made in Pretoria earlier on Tuesday by the civil rights group.

The prosecution is to be led by renowned prosecutor Gerrie Nel.

“The family were never informed about the decision not to prosecute Duduzane Zuma. They were never given any financial assistance. They never received any help other than R5‚000 from the taxi association for the death‚” Nel said.

“This is a young family. When Phumzile Dube was killed her daughter was just two years old. She is now five and the family cannot afford to send her to creche.

“This is about bringing justice to a family who have never received closure. It's about ensuring that people are held to account for their actions.”

Duduzane Zuma to be pursued by Gerrie Nel

President Jacob Zuma's son Duduzane could be hauled before the courts to face a criminal charge of culpable homicide.
Politics
4 years ago

“Despite the inquest magistrate‚ Lalitha Chetty‚ finding that prima facie proof had existed that Dube's death had been caused by Zuma's negligent actions‚ the Deputy Director of Public Prosecutions decided not to pursue the matter.”

He said the decision not to prosecute was only revealed after the Gupta email leaks became public earlier this year.

Nel said AfriForum had submitted their application to the National Prosecuting Authority on Tuesday morning for a nolle prosequi – a certificate required to pursue a private prosecution.

“This is not about selective prosecution. This is about ensuring equality before the law. We believe that the case for prosecution is good and we are now awaiting the NPA's decision.”

He said if the NPA declined to issue the certificate‚ they would approach the courts to force them to do so.

“We believe the only reason they would not issue the certificate is that they have had a change of mind about not prosecuting Duduzane Zuma.”

AfriForum CEO Kallie Kriel said the intended private prosecution was to send a clear message that no one was above the law‚ “not even if your surname is Zuma”.

Once the certificate is issued‚ Nel will have 90 days to begin the prosecution.