MPs lay into Mkhize as she gets new cabinet gig 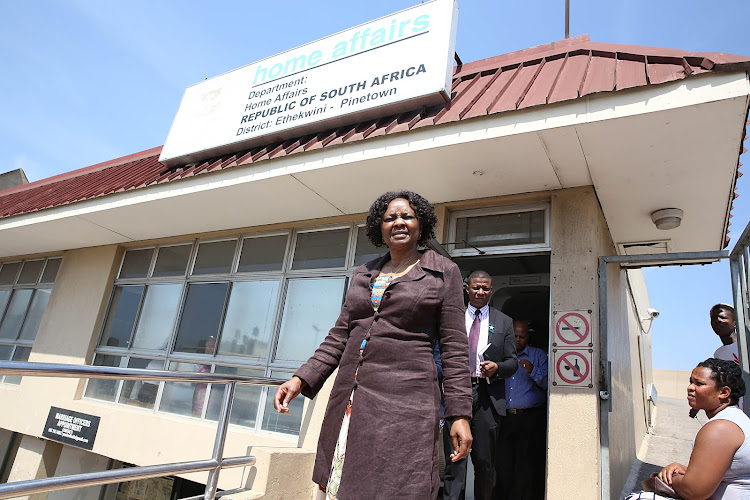 As Professor Hlengiwe Mkhize was named the Minister of Higher Education and Training on Tuesday by President Jacob Zuma‚ MPs issued a statement critical of her.

The Select Committee on Social Services expressed its concern that she‚ as the Minister of Home Affairs‚ "has not shared with the Committee the reasons for the suspension of the Director-General".

"This is because the Director-General‚ as the accounting officer according to the Public Finance Management Act‚ is critical to service delivery and governance of the department‚" it said.

In a shock move on Tuesday morning‚ President Jacob Zuma reshuffled his cabinet‚ swapping around six of his ministers.
Politics
4 years ago

Cathy Dlamini‚ the chairperson of the committee‚ said: "The rules of Parliament make provision for Committees to hold close meetings where they deem necessary. This matter could have been handled in this manner if the Minister was reluctant to share the information in an open setting due to the judicial review the Director-General has undertaken."

The committee added it "is hopeful that the Minister will urgently inform the Committee of the reasons for the Director-General’s suspension".

Mkhize was appointed to the home affairs post on March 31 this year.

Her director-general‚ Mkuseli Apleni‚ was expected to challenge his suspension by Mkhize in September‚ in the North Gauteng High Court in Pretoria on Tuesday.

Reports suggesting that President Jacob Zuma supported the suspension of the Director-General of the Department of Home Affairs‚ Mkuseli Apleni‚ were ...
Politics
4 years ago

He has argued that Mkhize did not have the authority to suspend him and the grounds she provided were flimsy.

Apleni has argued that critical matters would go unresolved without him at work to manage the department.

Mkhize went on a public tirade in the days after the suspension‚ calling Apleni delusional and saying that his accusations were baseless.