Dudu is out! Finance Ministry confirms Myeni is leaving SAA 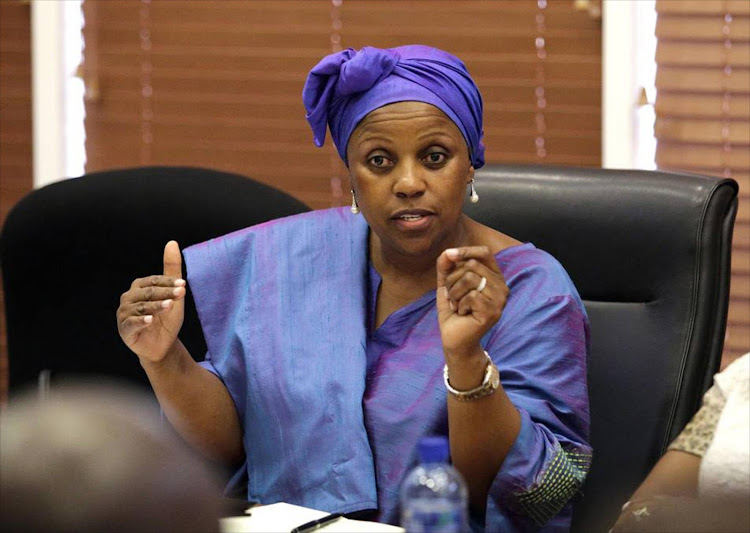 Dudu Myeni is no longer the chairperson of SAA
Image: RAYMOND PRESTON

Finance Minister Malusi Gigaba on Thursday announced changes to the SAA board, which confirms reports that Dudu Myeni is no longer the chairperson.

BusinessLIVE reported on Wednesday that a boardroom shake-up was on the cards at the national carrier.

A consortium of lenders, owed billions by SAA, has been breathing down the airline's neck, demanding that Myeni go but insisting that the composition of the current board remain the same.

Earlier on Thursday, the Democratic Alliance welcomed the news.

"She has done untold damage to SAA and should not have been reappointed to the board‚ and certainly not as board chair‚ in September 2016‚" said Alf Lees‚ the DA's deputy shadow minister of finance.

You can read the finance minister's full statement below:

The Minister of Finance‚ Malusi Gigaba‚ is pleased to officially announce the appointment of six new members to the Board of South African Airways (SAA)‚ as well as the full slate of non-executive board members at the airline‚ which have been approved by the Cabinet.

The changes will be with effective from 3 November 2017‚ when the Minister will have a special meeting with the new Board. The new Board brings talent‚ expertise and energy to the airline‚ and they are all highly regarded individuals with a vast and in-depth knowledge of business in both the private and public sectors.

The Minister would like to thank all outgoing Board members for their work at the airline‚ wish incoming members well with their tenure at the airline. The Minister hopes that the new Board‚ together with the incoming Chief Executive Officer‚ Vuyani Jarana‚ will implement the airline’s structural strategy and bring it to financial stability‚ as set out in his 14 Confidence Boosting Measures.

The new Board is well experienced and diverse‚ and the Minister encourages them to ignore the political noise‚ and focus on the business of strengthening SAA. At the heart of these appointments‚ is a commitment from the South African Government to strengthen the airline‚ and create conditions to see the transformation of all our state-owned companies.

All Board members‚ incoming and those who will no longer serve‚ have been notified of these developments.