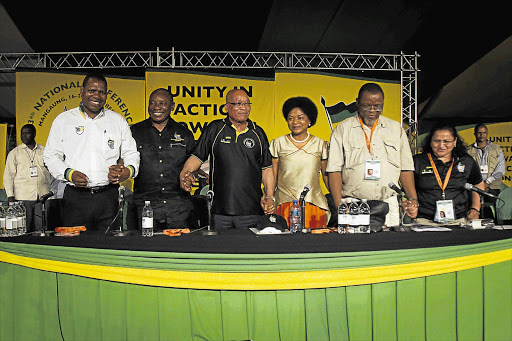 The meeting‚ which was supposed to see President Jacob Zuma and his ANC top five visit the party's provincial headquarters‚ Calata House in King William's Town‚ has been postponed to next week.

Party national spokesman Zizi Kodwa told DispatchLIVE that the unavailability of some of the top six officials was the reason for the postponement.

"It was just a matter of diaries and availability of the people‚" Kodwa said. He added that the meeting was moved to October 29 and 30.

Among the issues meant to be discussed was the disputed provincial elective conference about a month ago – in which ANC members were hit with chairs leading to injuries‚ including broken arms and wounds that required stitches.

The Dispatch reported last week that the team of the ANC national officials would meet leaders from the region today.

Those who believe the ANC can self-correct are deluded

South Africa's party of liberation, the ANC, is now well and truly on the path to oblivion. It cannot save itself. Last week's shambolic cabinet ...
Ideas
3 years ago

Zuma goes from petty to scary in a single reshuffle

President Jacob Zuma’s desire to retain total control of the state and to create an environment for him to install his preferred successor, Nkosazana ...
Opinion & Analysis
3 years ago