De Lille: ‘I have enough money. I don't steal money from anyone’ 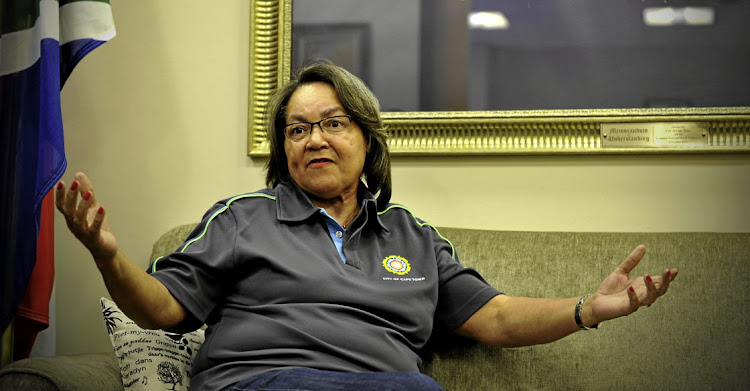 City of Cape Town mayor Patricia de Lille has come out guns blazing against her detractors‚ saying she had enough money and had not stolen from the city.

This came after her opening speech at the city’s council meeting was delayed by almost two hours. This is because the ANC demanded that she should not address the sitting as she had yet to clarify the money spent on security at her private home.

“I will lend money to the City of Cape Town at a very low interest rate so that we deal with the water crisis‚ this is what I am prepared to do. I don’t need money from anybody and I don’t steal money from anyone.”

This was the first time De Lille spoke out about allegations of possible irregularities on money spent for security upgrades at her home. The claims were first raised by safety and security mayoral committee member JP Smith in a letter to Democratic Alliance leadership.

“I want to also submit two documents that must go for the record of council about what the city spent on security upgrades at my house. And like all other mayors before me‚ they had an assessment done by police and then after that [they were fitted]‚” said De Lille.

She said the same thing had been done for former mayors‚ including Helen Zille‚ Dan Plato and Nomaindia Mfeketo.

“Mr Speaker‚ if I had to agree to all the security upgrades at my house‚ I was going to live in a jail. What the police suggested was even changing my tiles on my roof because they were not fireproof‚” she said.

City of Cape Town mayor Patricia De Lille believes the city’s success is due to its own doing and not through help from the “useless” national ...
Politics
4 years ago

De Lille said police went as far as suggesting she install a Trellidor security gate in the passage in front of her bedroom - something she said would have made her feel like she was in prison.

She said she had also rejected suggestions that her windows should be made “burglar proof”. In addition De Lille said she was paying ADT Security for her safety.

De Lille said the city‚ following her protestations‚ ended up paying R140 139‚38 for security gates for her sunroom‚ her study‚ a flat window and a garage door.

She said cameras‚ which she had bought herself‚ were now packed in boxes as security took them down‚ and replaced them.

All her receipts were with her lawyers‚ she said.

Recently De Lille and Smith have been embroiled in a public spat.

Both were placed on special leave and gagged by the DA after the mayor threatened to unleash her lawyers on her colleagues.

The beef between the two was sparked by the disbandment of the city’s special investigative unit‚ which falls under Smith’s portfolio.