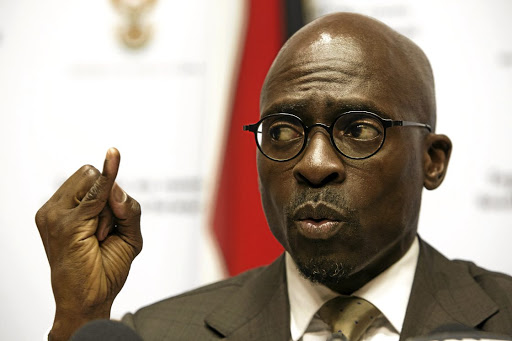 Nuclear remained in the energy mix but a large-scale nuclear power project was not affordable, Finance Minister Malusi Gigaba told reporters on Wednesday.

He was speaking ahead of his medium-term Budget speech, which did not mention nuclear power plans.

A new integrated resource plan on energy would provide more clarity, he said.

Proposals for a nuclear building project have been debated with a new urgency since weekend reports that President Jacob Zuma had recently met a Russian delegation.

Both the Presidency and the Russian embassy in Pretoria have denied that there was such a meeting, at which Zuma was said to have come under pressure to start implementing the nuclear power project with Russia.

Mahlobo was reported to have travelled to Russia with convicts Gayton McKenzie and Kenny Kunene to facilitate a R5-billion nuclear deal with Russian company Rosgeo. Mahlobo was state security minister at the time of the trip.

Allegations that the energy sector has been captured go beyond the nuclear project. PetroSA is also being investigated.

While many applauded the candour in finance minister Malusi Gigaba's first policy statement‚ to some the content went down like a lead balloon.
Politics
3 years ago

Gigaba loses his swagger as he presents a bag of gunk

R11-billion set aside for extra accommodation for varsity students

Finance Minister Malusi Gigaba has set aside more than R11-billion to expand accommodation for university students in the next three years.
Business
3 years ago