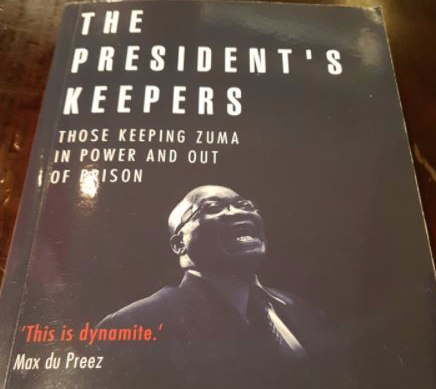 Activist group Johannesburg Against Injustice (JAI) has called on all democrats in South Africa to use all legal means at their disposal to resist any attempt by the state to silence the media and civil society.

JAI said on Saturday it was not surprised that state agencies had issued a cease and desist letter to investigative journalist Jacques Pauw and his publishers following publication of his book The President’s Keepers and that SARS had threatened legal action.

Despite overwhelming and consistent allegations of wrongdoing made against the President‚ some members of his cabinet‚ senior government and SOE employees and private sector players including the Guptas‚ there had been no credible and decisive action to investigate and hold these individuals accountable‚ the organisation said.

The courts‚ civil society and the media had served as a bulwark against the total capture of our country.

“Therefore‚ we are not surprised that elements within the state now seek to silence the media and civil society‚” JAI said.

It added: “We call on all democrats to use all legal means at their disposal to resist any attempt by the state to silence the media and civil society. This represents a step backwards into a state of repression and dictatorship. We also call on booksellers not to be intimidated by threats – booksellers are within their rights to refuse to withdraw the book.”

It said that it would continue to work with the Future South Africa coalition to oppose those who sought to reverse the hard fought gains of democracy.

Public Protector Busisiwe Mkhwebane has come under fire for a tweet in which she discourages the purchase of Jacques Pauw’s new book‚ The President’s ...
Politics
3 years ago

The publisher of The President’s Keepers has appealed to South Africans not to take advantage of a “pirated and hacked” PDF copy of the book doing ...
Politics
3 years ago

SARS Commissioner Tom Moyane is sitting with the loaded gun that could see President Jacob Zuma removed from office or absolved of wrongdoing over ...
Ideas
3 years ago

Corruption Watch has condemned threats and actions by the State Security Agency (SSA) and the South African Revenue Service (SARS) against ...
Politics
3 years ago
Next Article