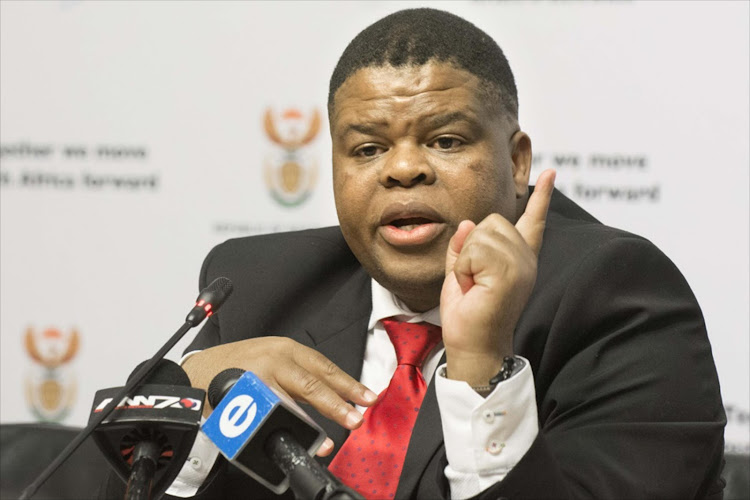 Energy Minister David Mahlobo is reportedly fast-tracking the government’s controversial nuclear deal‚ which is expected to cost in the region of R1-trillion.

City Press reported on Sunday that officials at his department are working weekends to finalise the country’s reviewed integrated energy resource plan – four months ahead of schedule.

The plan to determine the energy mix the country needs was expected to be finalised in February next year‚ but will now be finished in the next two weeks‚ the newspaper said.

It quoted an insider saying: “We would have been talking February‚ but now we are talking November 14.”

This would enable Mahlobo to make projections of the country’s future energy demands based on “empirical evidence”‚ the report stated.

The newspaper said that Mahlabo‚ who has only been in the post for just over a fortnight‚ was on a collision course with Finance Minister Malusi Gigaba‚ who told City Press last week that nuclear energy was neither affordable for the sluggish economy‚ nor immediately necessary.

Tomorrow's medium-term budget policy statement will be a "defining moment" for Finance Minister Malusi Gigaba, who is not "trusted by the markets", ...
Business
3 years ago