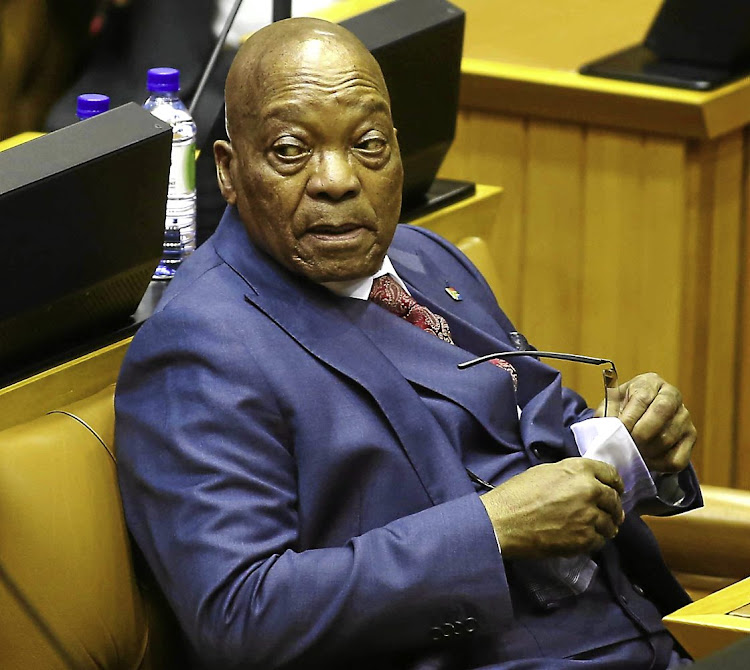 As the author and publisher of an explosive book revealing South Africa's "shadow mafia state" prepare for a showdown with government agencies, The President's Keepers has become a global hit.

Within hours of the State Security Agency demanding the book be recalled because it "compromised state security", sales spiked and a hacked PDF copy was shared widely online.

Investigative journalist and author Jacques Pauw said in a post on Facebook on Sunday: "This is my take: if you have a PDF copy and can afford to buy a book, please do it. Erase the PDF and buy the book or Kindle version. If you cannot find the book now, read the PDF . you have my blessing.

"This is not about money. It is about your support that is going to enable us to legally lock horns with SARS, the agency and whoever else drags us to court," he said.

The agency has threatened to take the author and publisher to court on Tuesday if the book is not recalled and certain parts of it sanitised.

Pauw is ready for the court battles.

"We face the potential of a multitude of legal challenges, both criminal and civil. If you read the book, you will realise that it is a tried and tested strategy of the state to legally [wear] out its enemies," he said.

The controversy has resulted in a massive boost to sales as curiosity about what government wants to hide soars.

Amazon rated the book a best seller and the Kindle edition leaped up the charts on Saturday to eighth fastest-selling e-book globally.

The book has been widely welcomed with many voicing their support, but some have questioned Pauw's motives.

"The President's Keepers cannot be banned because the right to express an opinion is guaranteed by the Constitution," tweeted COPE leader Mosiuoa Lekota.

The government, he added, was entitled to contest the correctness or otherwise of what was published, but if it does not, it does not have the right to silence the truth.