Manana says he is 'quite remorseful and has taken responsibility' 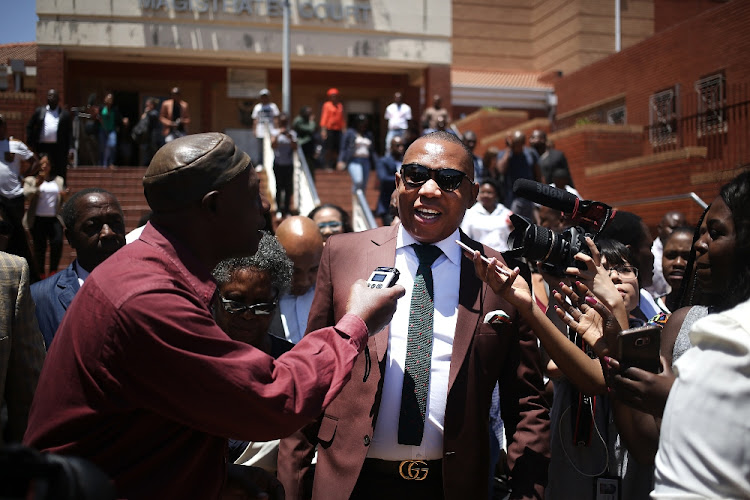 NOVEMBER 7, 2017. Former Deputy Minister of Higher Education and Training Mduduzi Manana says he is not seeking a lenient sentence, but only wants justice to be served.
Image: Alon Skuy

Sentencing of former Deputy Minister of Higher Education Mduduzi Manana has been postponed for a day to allow his defence team time to study probation and correctional services reports.

Manana‚ 33‚ clad in a tailored brown Gucci suit‚ white shirt‚ and brown Gucci shoes‚ briefly appeared at the Randburg Magistrate's Court on Tuesday where he faces three counts of assault to cause grievous bodily harm.

Speaking before magistrate Ramsamy Reddy‚ Manana's attorney‚ Michael Bill‚ asked the court to postpone the matter to Wednesday as he needed more time to study both reports which he only received on Tuesday (today).

"Your worship‚ we received the copies of the correctional (services) supervisor's report only this morning around 10am and we received the probation officer's report yesterday around 3pm. So in fairness‚ the defence has not had a proper opportunity to consider the two reports and would like to spend the afternoon considering the reports for the purpose of dealing with it competently‚" said Bill.

WATCH: “Justice must not favor me, it must not serve the elite”: Mduduzi Manana

On August 6‚ Manana lost his cool after an argument on who should succeed President Jacob Zuma at the African National Congress's elective conference‚ scheduled for December‚ during which a woman said he was homosexual. The incident took place at Cubana restaurant in Cedar Square‚ Fourways. A case of assault with intention to cause grievous bodily harm was opened at the Douglasdale police station later that day.

Asked if he hoped for a light sentence on Wednesday‚ Manana said that was for the magistrate to decide and he would accept the decision‚ whatever the outcome.

"Well‚ the determination will be made by the court. I have been quite remorseful and have taken responsibility but I do want justice to be delivered especially to the victims and that has been my stance‚" Manana said after the court proceedings.