'We won't withdraw anything,' says 'The President's Keeper' publisher

'The President's Keeper": Author and publisher defy demands to have controversial book taken off shelves 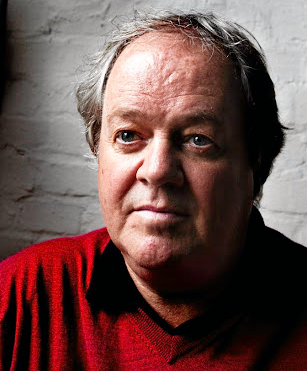 IN THE EYE OF THE STORM Investigative journalist and author Jacques Pauw.
Image: Anton Scholtz

See you in court!

That was the message to the State Security Agency on Monday from the publishers and author of The President's Keeper, which makes damning allegations about President Jacob Zuma and key state agencies.

The agency is demanding the best-selling book by investigative journalist Jacques Pauw be withdrawn from publication. It has threatened criminal prosecution and to go to court to have the book taken out of circulation.

Also on Monday, family members of SSA director-general Arthur Fraser demanded the book be retracted, charging it had "unjustly" accused them of "criminal activity".

NB Publishers' lawyer Willem de Klerk told the agency in a letter that either the contents of the book were false or they contravened the Intelligence Service Act, but they could not be both as the SSA claimed.

"Your generalised statement that the book is 'replete with inaccuracies' is not backed up by a single reference to any specific statement in the book that is alleged to be inaccurate," De Klerk wrote.

"Your demand for a retraction 'of all those parts which are inaccurate' is therefore incongruous. It is further unclear how you reconcile an allegation of falsity, on the one hand, with an alleged violation of statutory provisions on the other."

De Klerk was responding to the agency after it served his clients a cease-and-desist letter last week.

The book, which has been flying off the shelves and circulating in PDF format via social media, contains allegations of how Zuma was on the payroll of a security company owned by one of his benefactors and pocketed R1-million a month for some time after becoming president.

Pauw also wrote that Zuma failed to submit tax returns for years after he became president.

Public Protector Busisiwe Mkhwebane has come under fire for a tweet in which she discourages the purchase of Jacques Pauw’s new book‚ The President’s ...
Politics
4 years ago

The SA Revenue Service has also made threats about the book.

"Our clients will not desist from making the book available to the public, we will not withdraw the book from the market and we will not withdraw anything therein," said De Klerk. He said it had already been publicly available for more than a week and much of its contents reported in the media. The book alleges Fraser was complicit in looting hundreds of millions of rands from the Principle Agent Network slush fund and that he was potentially guilty of treason for setting up a computer server at his home into which the PAN reports were fed.

Fraser refused to comment on the allegations. The Fraser family warned journalists against becoming "political pawns".

"In his enthusiasm to influence ruling party politics and the 2019 general election, Pauw has allowed himself to be manipulated by an apartheid spy/double agent who has scores to settle - and is now hiding in Russia."

The family claimed the book has the following errors: