Kasrils: 'Jacob Zuma is dangerous‚ deceitful and has betrayed his country' 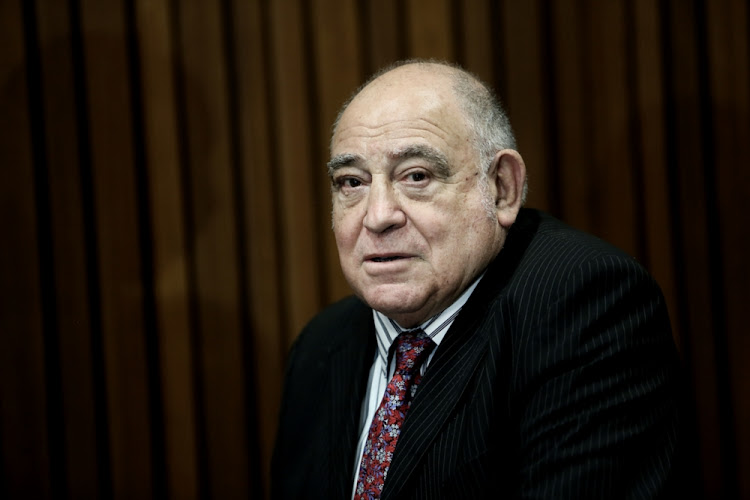 Former intelligence minister Ronnie Kasrils has labelled President Jacob Zuma a dangerous disgrace who has betrayed the country and its people‚ and who will stop at nothing to eliminate criticism.

Discussing his latest book‚ "A Simple Man: Kasrils and the Zuma Enigma"‚ Kasrils took on Zuma in Johannesburg on Tuesday night.

The book was unveiled at the headquarters of the National Union of Metalworkers of South Africa (Numsa).

The launch coincided with a row over another book that is highly critical of Zuma.

Kasrils said the title of his book referred to how Zuma likes to portray himself to the workers: a simple man who has their interests at heart.

"He is far from that. He is sly‚ tricky‚ cunning‚ deceitful and manipulative. Any opposition or criticism to his looting of the state‚ he eliminates‚ no matter the opposition‚" Kasrils said.

This is an extract from the book‚ A Simple Man – Kasrils and the Zuma Enigma‚ written by ANC veteran and former intelligence minister Ronnie Kasrils.
Politics
4 years ago

"I saw it back in the 1980s and 1990s‚ that he was not a simple man. It was something that I warned Nelson Mandela and Thabo Mbeki about ... his social backwardness‚ homophobia‚ cruelty to fellow comrades and ethnic and tribalistic tendencies.

"Unfortunately for the country‚ those warnings‚ and many others by other people‚ were not heeded."

For decades during the struggle against apartheid‚ Zuma was Kasrils's junior‚ having been brought into the ANC's armed resistance movement by Kasrils and other party leaders.

He said he had written the book to show that‚ even with all the right struggle credentials‚ those who betrayed their people were nothing more than "skabengas" [thieves].

Kasrils said many ANC leaders‚ in the build-up to the movement's unbanning‚ had made mistakes.

"It's important that these mistakes are learnt from‚ and the treachery in the support given to Zuma‚ are never repeated. This book is about speaking about the terrifying crisis‚ which we as a country currently face.

The State Security Agency (SSA) is considering its next move after former investigative journalist and author Jacques Pauw refused to withdraw his ...
Politics
4 years ago

"If we don't check this move of Zuma‚ or those who replace him‚ we are heading for catastrophe."

Kasrils is not the only one to release a controversial book about the president in recent weeks.

Journalist Jacques Pauw has raised the ire of the State Security Agency (SSA) with "The President's Keepers"‚ which details various allegations against Zuma. The SSA has demanded that Pauw withdraw the book.

The controversy has led to a spike in sales. "The President's Keepers" is among the best-selling books in South Africa and ranks as one of the most sought-after reads on digital store Amazon.

The SSA and SA Revenue Service have threatened to have Pauw and NB Publishers charged for numerous crimes‚ including the allegation that Zuma had for several years failed to pay taxes.

“If you don’t stop writing about Jacob Zuma‚ you are going to be dead.”
Politics
4 years ago

Kasrils said these were worrying times for the country‚ in particular the media.

"What we saw in the Thabo Mbeki presidency area was a dislike for criticism‚ but not to the extent we see under Zuma‚ with the threats against those speaking out against his inner circles.

"These threats against the press‚ who speak out against the corruption‚ racketeering and rampant theft‚ are growing alarmingly and becoming increasingly vicious as those under the microscope become desperate to silence their critics."

He said to escape with corruption‚ Zuma had deliberately weakened state institutions.

"The worst problem I had when I was intelligence minister was that those under my command were highly politicised and in support of Zuma.

"They undermined the workings of the intelligence system and became involved in the abuse of power and resources to support Zuma coming to power‚ including weakening the National Prosecuting Authority‚ the judiciary‚ SARS and other security apparatuses‚ which could expose the corruption."