I’ve got more dirt on SSA and Zuma, says Pauw 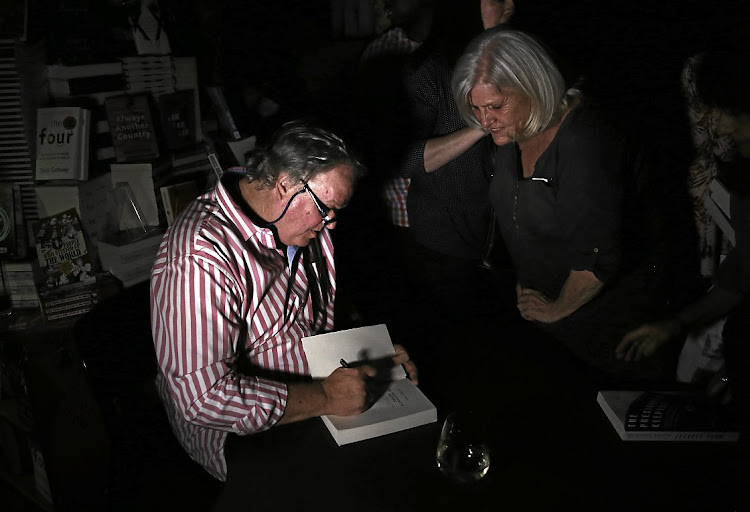 Jacques Pauw signs copies of his book 'The President's Keepers' despite a power outage during the launch at Exclusive Books in Hyde Park Shopping Centre.
Image: Alon Skuy

Investigative journalist Jacques Pauw says he has been given new information about alleged payments to President Jacob Zuma and corruption at the State Security Agency.

Pauw said his revelations about SSA corruption in the best-selling book The President’s Keepers appeared to be “just the tip of the iceberg”.

In the book, Pauw alleged that Zuma had received a R1-million-a-month “salary” from Royal Security, owned by Durban businessman Roy Moodley, up to four months into his presidency. He said there were now indications of possible further payments to Zuma.

Zuma has denied receiving payments outside his presidential salary.

The SSA has attempted to stop distribution of the book and wants Pauw charged with contravention of the Intelligence Services Act.

Hawks spokesman Brigadier Hangwani Mulaudzi said a docket had been opened and was being investigated by the serious organised crime unit.

Pauw met his lawyers on Friday to prepare for possible arrest, and said there was also a possibility that his property at Riebeek-Kasteel might be raided to search for confidential documents.

He said he had heard that former SSA advocate Paul Engelke, whom he met in Moscow, had been accused of being a “Russian double agent”, and that a warrant of arrest had been issued for Engelke.

One of journalist Jacques Pauw’s key sources for his explosive book was so spooked by the prospect of being sniffed out that he considered confessing ...
Politics
3 years ago

State has a go at Pauw over Zuma book

The state has fired the first legal salvo against the controversial book The President's Keepers that has revealed sensational new graft allegations ...
Politics
3 years ago

The truth‚ they say‚ will set you free. Well‚ except if you’re Jacques Pauw. If you’re him‚ the truth will get you charged. Oh‚ and it also doesn’t ...
Ideas
3 years ago
Next Article