'Property you want to pay for' - Improved alternative to RDP housing 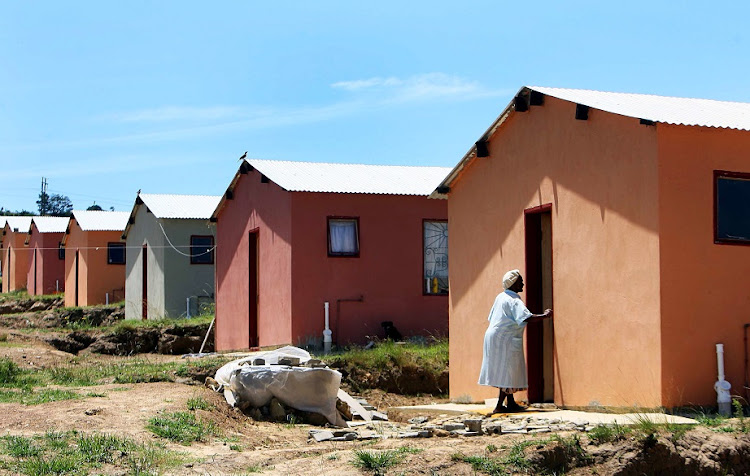 Gauteng’s new approach to housing will boost the property market in the province – particularly because it aims to meet people’s needs that go beyond owning a home.

Premier David Makhura’s administration decided to stop small RDP projects because‚ as with township development during apartheid‚ most of these projects are on the periphery of cities‚ far from people’s place of work.

A decision was then taken that housing development would be implemented at a huge scale and to effectively obliterate apartheid spatial design. New cities will be created‚ in addition to topping up housing in areas that are already developed.

For example‚ this month Makhura and Gauteng MEC of human settlements Paul Mashatile launched a housing project in the Rand West Municipality‚ which will yield 13‚000 units. It will include social housing‚ bonded houses‚ walk-up RDP flats and military veterans’ houses.

And a new city will be developed in Ekurhuleni - the R35-billion John Dube City mega project‚ which will create more than 10‚000 homes. The Dube City project is unique in that it will be anchored to a new university. The development will have a civic centre‚ seven primary schools‚ three secondary schools‚ a regional hospital and two transport facilities.

On the fun side‚ the project will contain a theme park. It will have its own central business district and the manufacturing hub in the area will be expanded.

Mhlongo said there is an increase in the uptake of properties in mixed-use developments‚ which is “fast changing the sector mix as well as racial integration‚ which bodes well for the society we aspire to be”.

He said the benefit of having these settlements is that they provide Gauteng with a platform to reinvent itself and have inclusive growth.

“We can only speculate that the nexus of affordability‚ access to social infrastructure‚ economic opportunities and not to mention schools is a compelling proposition for prospective customers‚” Mhlongo explained.

He added that these housing developments have an immediate effect of reducing informal settlements.

“This type of development removes the stigma historically associated with social housing where beneficiaries of social housing are separated from their non-social housing counterparts. This is positive because many may have started life with significant assistance from government but over time grow to be self-reliant.”

Another advantage is that traffic congestion may decrease‚ thanks to links to public transport systems.

Most of the new properties have been bought by people aged 25 to 40‚ many of whom are single‚ and are employed in government and services sectors.

Another reason for increased sales is that property development is now part of the national department of human settlements policy‚ “as well as the collaboration involved‚ which results in improved property prices that result in increased affordability”.

The bank’s experience was that‚ initially‚ the uptake in these housing developments was slow. But as soon as there is movement on the ground and structures start going up‚ then interest from property buyers increases.

“We speculate that prospective customers have become accustomed to long delivery times associated with housing projects in general. Simply‚ the faster the delivery‚ the faster the sales - provided affordability is in place‚” Mhlongo said.

Most properties in such developments are sold off-plan‚ which results in the housing units spending a short time on the market.

“We [at FNB] work closely with developers to try to minimise the time and effort spent trying to sell so that developers focus on developing great and relevant products first and foremost‚” he said.

He said the collaboration of all stakeholders improved customer confidence in the project‚ which translated to improved demand.