Ramaphosa: He launched his economic blueprint in Soweto this week in the run-up to the elective conference 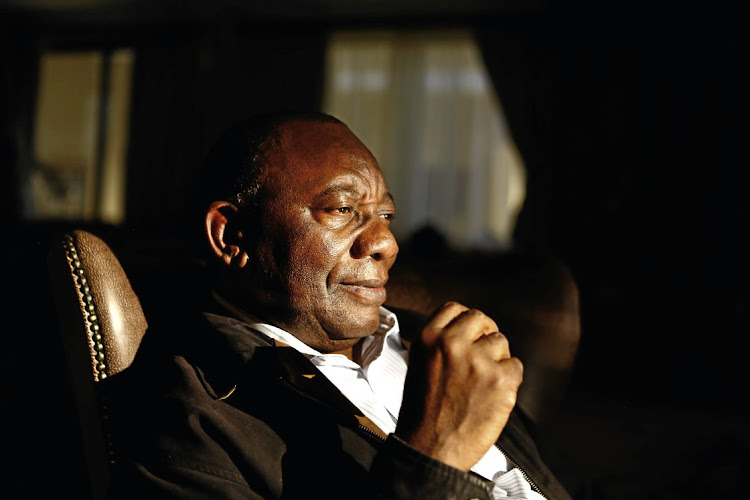 The ANC's ability to overcome economic challenges has been "undermined over the last decade by a failure of leadership and misguided priorities", Deputy President Cyril Ramaphosa said this week, taking a swipe at President Jacob Zuma.

Ramaphosa launched his economic blueprint in Orlando township, Soweto, in the run-up to the December elective conference at which he will seek to become the governing party's president.

The former trade unionist proposed setting up a special anti-corruption appropriation fund to channel the recovered proceeds from corruption - "which has been stolen from our state-owned enterprises" - to youth training and employment initiatives.

Ramaphosa said the impact of political leadership on the economy "is a reality that we, as the ANC, need to acknowledge and correct". "For the first time since the advent of democracy, there is a real chance that the transformation of our country may suffer significant reverses. This should worry us".

What if Cyril wins? 4 scenarios of how ANC leadership race could play out

The African National Congress is due to elect a new leader next month and the race is proving to be one of the most hotly contested and divisive in ...
Business Times
4 years ago

The 64-year-old politician said the trajectory of South Africa needed to be changed with what he called a "new deal".

He proposed a 10-point plan that put the creation of decent jobs at the centre of policy programmes and action - with an unrelenting focus on growing the economy.

He said the economy would not create jobs unless it grew. The target for gross domestic product growth should be 3% next year, rising to 5% growth by 2023.

Ramaphosa deviated from his prepared speech multiple times, saying state-owned enterprises were being looted. The economy could not be in the hands of a few, he said, specifically mentioning "families" - an obvious reference to the Gupta family.

Asked about the resignation of Michael Sachs as the Treasury's budget chief, he said it was "most unfortunate".

Ramaphosa said he would talk to Finance Minister Malusi Gigaba about destabilisation of the national Treasury.