Mashatile: CR17 leads but branches may sing a different tune 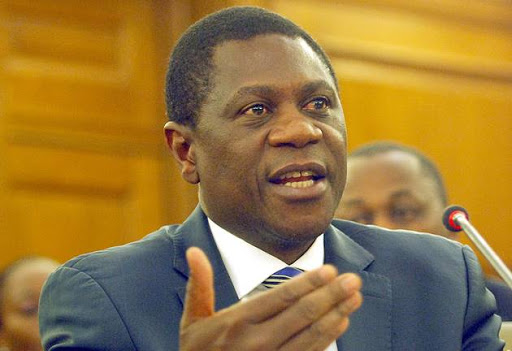 ANC deputy president Cyril Ramaphosa might be the frontrunner in the presidential race‚ but‚ warned Gauteng ANC chairperson Paul Mashatile‚ the situation could change.

He was speaking on Friday in Johannesburg on the sidelines of the launch of United Royal Kingships Holdings‚ an initiative by traditional leaders to create jobs and boost small businesses for people in rural areas.

Mashatile said that although certain branches have announced their slates‚ with Ramaphosa being their preferred next leader‚ branches could sing a different tune when they vote at the elective conference in December.

"Well‚ branches have started nominating and some of them have nominated comrade Nkosazana [Dlamini-Zuma] and some of them have announced comrade Zweli [Mkhize]. There are different names that are coming up [so] there's still time to further engage because we are going to have PGCs [provincial general councils]‚" said Mashatile.

Two months ago he said Gauteng was backing Ramaphosa to lead the party after President Jacob Zuma's term comes to an end in December. Mashatile had told journalists that other provincial leaders would be invited to Gauteng's PGC to unify talks in a bid to decide on a single list of leaders for the ANC's top positions.

Mashatile suggested that it's too early to say who would be the next leader of the ANC.

"As branches nominate‚ it will become clear who is a front runner‚ but we will only know at the end of the process‚" he said.

Commenting on recent public announcement of his slate‚ Mashatile reiterated that Ramaphosa's move was uncalled for.

"It's not correct to have slates. We don't want a slate and a winner-takes-all approach. We want a team that is united. We have engaged with him and he also understands [and] that is why he issued a statement stating that he was not necessarily putting a slate‚ he was just throwing in names that were coming out ... he accepted that it could have been interpreted that way‚" said Mashatile.

Earlier this month‚ Ramaphosa announced his running mates at a rally in Sekhukhuneland‚ Limpopo. He named Minister of Science and Technology Naledi Pandor as his deputy‚ former KwaZulu-Natal ANC chairperson Senzo Mchunu as secretary general‚ Gwede Mantashe as national chairperson and Mashatile as treasurer general.

The ANC’s elective conference takes place 16 to 20 December and is expected to be attended by 5 240 delegates.

Zimbabwe: South Africa is hardly qualified as a mediator

It is laughable that President Jacob Zuma is the point man on the Zimbabwean crisis when he needs the protection of a police battalion to go outside ...
Opinion & Analysis
4 years ago

Another big loss for an arrogant kleptocracy

Wake up, South Africa! Losing out on hosting Rugby World Cup 2023 is, to some degree, yet another symptom of the arrogant kleptocracy we have become.
Ideas
4 years ago

The ANC's ability to overcome economic challenges has been "undermined over the last decade by a failure of leadership and misguided priorities", ...
Politics
4 years ago