The ANC‚ like the National Party‚ could be forgotten‚ warns Ndebele 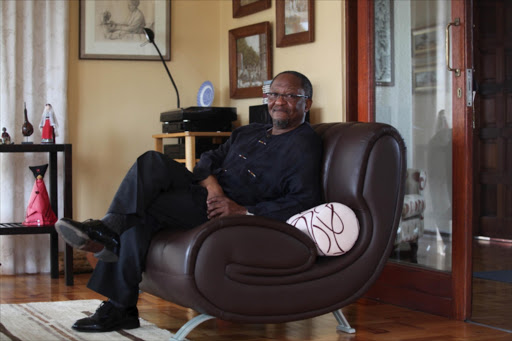 Respected academic Professor Njabulo Ndebele has questioned whether the ANC possesses the maturity to anticipate and accept the reality of eventually losing power or whether the party would instead cling on using any means.

Ndebele suggested that the ANC had entered into a state of decay because it had substituted itself for the very people who had turned into South Africa’s most dominant party.

He warned that‚ like the National Party‚ it too could be forgotten.

Ndebele was addressing about 450 delegates‚ including former president Thabo Mbeki‚ at the national consultative conference of the 101 ANC veterans and stalwarts in Parktown‚ Johannesburg.

The conference ends on Sunday.

“The measure of its political maturity will be in how the ANC creates conditions that anticipate that moment [when it loses power] rather than ones that seek to prevent it. Can it conceptually anticipate a future when it is no longer overwhelmingly in control and resist the temptation to prevent such an eventuality by means outside of the visionary parameter of its own intellectual resourcefulness and the deep-seated ideological believes that have reigned over a period of a hundred years? asked Ndebele.

“Successfully resisting the tendency to enforce its dominance and presence through means that could subvert its own historic democratic and constitutional obligations would force the ANC‚ whether in power or in opposition‚ to hold to account both itself and others to the legacy of a constitutional and democratic order introduced by itself through its leadership in South Africa.”

He added: “So‚ how the ANC behaves today in Parliament may be laying the ground work for how it could one day be treated in future once no longer in power.”

Party stalwart and convener of the conference‚ Wally Serote‚ said the ANC had abandoned the people who built it. Worse still‚ he strongly suggested that the party had betrayed the goodwill shown to it during apartheid by the international community.

“Our organization‚ the ANC‚ has abandoned the people who created it‚ who did not flinch when leaders recruited them to be its members‚ its supporters‚ its fighters‚ to be activists for progressive change as citizens. We dare not forget that this was done not only among South Africans. We called for South Africans‚ Africans and all citizens of the world to sacrifice for our freedom and to know that freedom is certain if it is in the care of the ANC and the people of this country‚” he said.

Conspicuous by their absence were ANC leaders‚ with national executive committee (NEC) largely not showing up to a conference intended to find solutions to the plethora of problems plaguing the 105-year old liberation movement.

ANC secretary general Gwede Mantashe has distanced the ANC from the conference. He declared that any member or leader attending the conference would be doing so in their personal capacity.

Ndebele was scathing of corruption in the country‚ the government’s reaction to it and allegations of state capture against President Jacob Zuma.

Without mentioning anyone by name‚ he asked how “the head of state” could have allowed the controversial Gupta family to exercise such control over him.

“What kind of mentality allows a head of state to be reduced to the indignity of sitting in a room‚ pretending not to be around while in the next room illegal transactions are being carried out on his behalf‚ on his authority as head of state by people who have no legitimate authority to do so but have the appearance of having bought the power of a president to act on his behalf?

“They could let him do so on his own authority but they were not. They want to feel and to demonstrate the power they have bought in the very same way that they landed their wedding guests as head of state on a military base. At that particular moment in the next room‚ the head of state is completely powerless and it is difficult to be in-tune his sense of dignity in what might look like a complete capture of the body‚ the mind and the spirit‚” said Ndebele.

He added: “At that precise moment‚ he renders his country completely vulnerable‚ exposed - its citizens scrounging around with an increasing sense of powerlessness for legitimate avenues of self-defence. It is hard to deploy constitutional order and the rule of law where these are demonstrably not recognised and respected by the head of state and the structure of governance that has been created to undermine the state.”