Mabuza: I’ll give up my deputy presidency nomination for unity in ANC 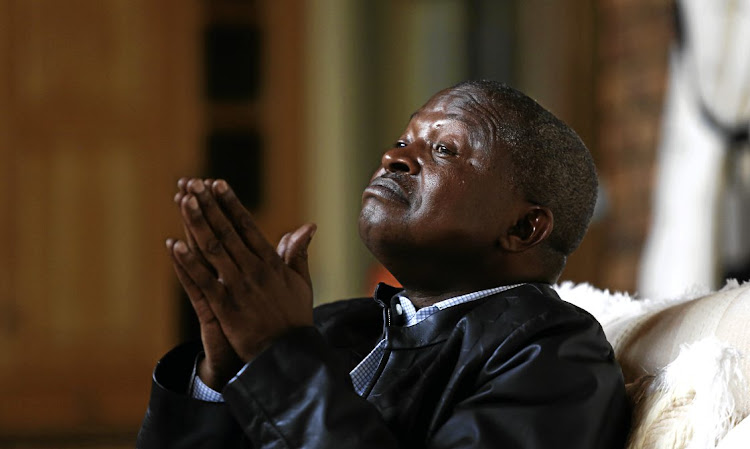 ANC Mpumalanga chairperson David Mabuza said he is willing to give up his nomination as deputy president of the ANC if it means it will unite the party.

“I am willing to sacrifice myself for the sake of unity‚” he said.

On Friday‚ the majority of ANC branches in Mpumalanga nominated “unity”for the top six positions‚ creating confusion as to who the province actually want to take over the reins of the party.

Speaking to journalists after the provincial general council in Nelspruit‚ Mabuza explained that when the branches nominated unity‚ it was a vote for consensus on leadership.

“If we are saying that unity of the ANC must be put first‚ that means the leadership of the ANC that we are going to elect is going to be achieved through consensus‚” Mabuza said.

Uncertainty and confusion emerged from the ANC Mpumalanga provincial general council after the majority of the province’s branches nominated “unity” ...
Politics
3 years ago

He reiterated his message that the ANC could not afford another split as a result of slate politics.

There was confusion over whether the nomination of “unity”by the majority of the branches for all top six positions should be regarded as abstentions.

For the position of ANC president‚ 223 branches nominated “unity”while Nkosazana Dlamini-Zuma got 123 formal votes‚ ahead of Cyril Ramaphosa’s 117 votes.

The official nomination announced by the electoral agency was a mix between the two slates supporting Dlamini-Zuma and Ramaphosa.

Nkosazana Dlamini-Zuma’s bid to lead the African National Congress received a boost when a majority of branches from the Free State endorsed her.
Business Times
3 years ago

What is Mabuza's game? Anxiety builds as ANC conference nears

One of the complexities about the 2017 ANC succession race is the juggling of special interests and how these impact on the bigger battle.
Opinion & Analysis
3 years ago

The ANC is losing support in the townships of Metsimaholo municipality in the Free State, according to an election analyst.
Politics
3 years ago