A mistake to ‘over-invest’ expectations in ANC conference: SACP 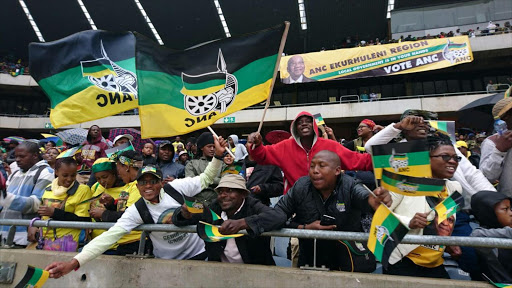 ANC supporters singing and dancing ahead of the #ANC105 celebration.
Image: Boikhutso Ntsoko

While the ANC’s upcoming elective conference would‚ “for better or worse”‚ have a major impact on the future viability of the alliance‚ it would be a mistake to “over-invest” expectations in the conference‚ the South African Communist Party says.

Speaking after a meeting of its augmented central committee in Ekurhuleni east of Johannesburg at the weekend‚ the party said that while there was interest from the side of its other alliance partners‚ Cosatu and Sanco‚ it was clear that a better sense of the way forward would only become clearer in the new year.

"However‚ there is strong support from both for pursuing actively the desirability of a reconfiguration of the Alliance‚” the SACP central committee said in a statement.

It added that the SACP was certainly not alone in believing that the ANC on its current trajectory was unable to offer unifying leadership to the alliance and‚ indeed‚ to the country.

“The CC agreed that while the ANC’s December conference will‚ for better or for worse‚ have a major impact on the future viability of our Alliance‚ it would be a mistake for the party to over-invest expectations in the conference. Contrary to much media reporting‚ the SACP is not supporting a particular slate or presidential candidate.

“We do however have some basic and principled expectations of the conference. In wishing delegates to the conference well‚ we urge them to elect a leadership collective that will move the ANC out of its current leadership paralysis‚” the SACP said.

It said the alliance‚ and indeed the country‚ required an ANC leadership collective that was finally prepared to lead decisively not just in words but in action‚ to:

“Needless to say‚ this will also require dealing with the NPA‚ the Hawks‚ SARS‚ and SASSA‚ amongst others‚ as well as intensifying the first early steps in rebuilding honest and effective governance of key SOEs.”

The SACP central committee meeting was expanded to include a wider representation from SACP provinces and districts‚ and from the Young Communist League of SA.