‘Those people are not from our ward’: unhappy Mpumalanga ANC member 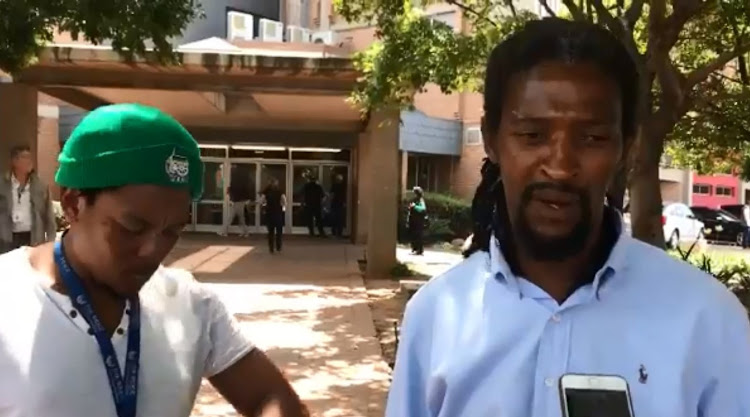 A Mpumalanga branch secretary has told TimesLIVE of his shock‚ when arriving at the ANC elective conference at Nasrec on Saturday‚ to find a delegate list he believes is rigged to favour certain presidential hopefuls.

Masina said Ikageng Branch Ward 7 had taken a resolution not to attend the national conference but when they went to verify the candidate lists on Saturday they discovered that their branch is participating in the conference.

WATCH: Dumisani Masina of Ikageng Branch in Mpumalanga says their delegation list has been rigged to favour #NDZ. #ANC54 pic.twitter.com/nHA82IRqIm

He claims the names contained on their branch list are of individuals from other wards who openly support one of the candidates running for the ANC president position.

"We came to the conference to verify whether the branch is not participating. To our surprise we found there were candidates‚ delegates‚ that were in our ward. Those people are not from our ward‚ we don't know them‚" Masina said.

"We have asked the regional secretary and the provincial secretary about this matter‚ they could not answer."

"We have informed the secretary general of the ANC and he has referred us back to the regional office‚" said Masina.

Senior ANC officials were spotted at UJ Soweto assessing some of the complaints brought by party members from different branches.

"What I suspect is that our regional secretary is with the NDZ camp and our branch mandate was CR17.

"These are some of the things that make us uncomfortable with the way they are running the conference‚" said Masina.

When approached for comment ANC spokeswoman Khusela Sangoni said questions should be directed to provincial officials.

Malomane alleged that branch delegate lists were compiled irregularly and that some branch members were barred from attending meetings. He also took issue with the fact that over 200 delegates had nominated "unity" as a candidate instead of selecting one of those running for president of the party.

Malomane withdrew his urgent case on Tuesday following an agreement with the ANC that the allegations would be investigated.

ANC veterans have warned that the party should re-evaluate its internal democracy‚ following a series of court cases in which ANC members from across ...
Politics
4 years ago

President Jacob Zuma’s announcement on free higher education was not made to sway votes at the ANC’s national elective conference‚ Youth League ...
Politics
4 years ago

We are still confident of Dlamini-Zuma victory‚ says Zikalala

KwaZulu-Natal ANC leader Sihle Zikalala says the province is still confident that its candidate‚ Nkosazana Dlamini-Zuma‚ will win the party’s ...
Politics
4 years ago