Will policies adopted at ANC conference translate into action or just be more hot wind? 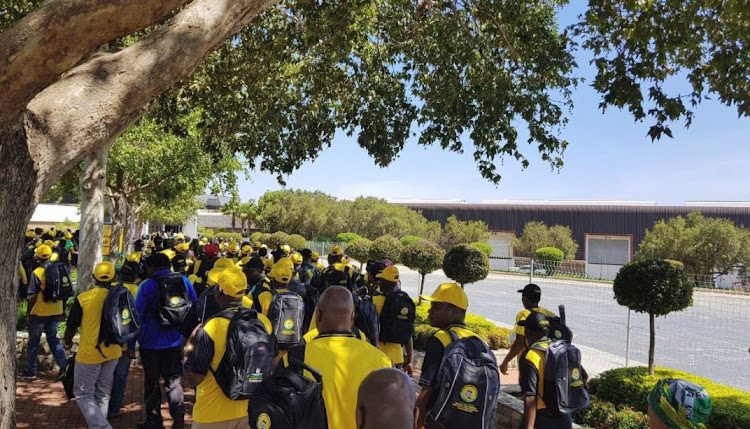 Delegates attending the hotly contested ANC national elective conference are expected to discuss a number of important policies that might have an impact on all South Africans.

Some of these will include resolutions adopted at previous conferences. While the party has made good progress in implementing some policies‚ there are a number of critical resolutions that have long missed their desired deadlines and are only good in theory.

Political analyst Aubrey Matshiqi believes that the only thing that will change after the upcoming conference is the party’s leadership. He said issues of policy will much remain the same.

“Remember after the Mangaung results‚ many delegates went for shopping and were not bothered to participate in policy discussions‚ don’t be surprised when the same thing happens in Nasrec after the announcement of the leadership results. For many delegates policy issues will be dealt with in the policy conference‚” he said.

Every candidate in the leadership race has promised to tackle corruption once elected into the top seat‚ but the party has long made this promise. The 53rd conference said the ANC should take tougher action against corruption.

But how much has been done to cure “the cancer that affects all facets of life”.

Several ANC officials including the ANC president have been accused of being part of corrupt dealings. The Public Protector and the Constitutional Court found that Zuma and the National Assembly had violated the constitution in their handling of the Nkandla matter.

The president was ordered to pay back a portion of the money spent on his KwaZulu-Natal homestead. Zuma will vacate the party's number one position when the ANC elects its new leadership but will remain president of the country.

Besides “ubaba”‚ senior ANC members have been implicated in the State Capture reports. Some members of the party have spoken against corruption but words have not yet translated into action.

“The ANC should continue to guide and oversee government process of developing the White Paper and legislation on the National Health Insurance (NHI) and should be finalised by 2013. The NHI fund should be set up urgently using state revenue by 2014‚” states the 2012 ANC Mangaung Resolutions document.

Back to current date‚ what is the latest with on NHI? Promises.

The NHI White Paper was published in the government gazette in June 2017. The implementation phase of NHI is set to cost over R69-billion over a period of four years‚ according to the Health Department.

“One of the challenges with policy implementation is that some of the wishes of the ANC are not in line with the technicality of being in government. Policies can be adopted at the political organisational level but might not translate to government programmes because government does not have the required resources‚” said political analyst Dumisani Hlophe.

“Party factions also have an impact on policy issues. A groundbreaking resolution might be adopted by the party but implementation might be delayed by party members in senior government because that resolution was pushed by another camp‚” said Hlophe.

There are two main candidates who are gunning for the top position in the African National Congress.
Politics
4 years ago

Outgoing ANC President‚ Jacob Zuma‚ has said that regardless of who succeeds him as ANC president at the party’s national conference this weekend he ...
Politics
4 years ago