‘Patriarchy has once again reared its ugly head’ - Bathabile Dlamini 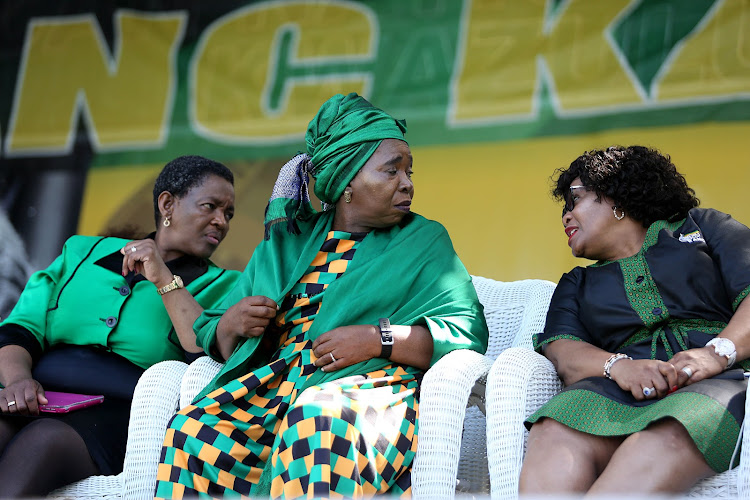 The ANC Women's League says the ruling party has "regressed" on the issue of gender parity.

This follows the election of only one woman - Jessie Duarte – among the party's Top six.

League president Bathabile Dlamini said the organisation "cannot be proud of this outcome"‚ adding that the ANC has failed the women of South Africa.

"The ANC has got to take a decision about how women are going to be affirmed. The ANC has indeed regressed on the issue of women. We cannot be proud of this outcome [because] patriarchy has once again reared its ugly head‚" said Dlamini.

To emphasise the league's displeasure with the dominance of men in the party‚ Dlamini said deputy secretary general Jessie Duarte would not have made it had she competed against a man.

"Comrade Jessie was able to make it because she stood against another woman. If she had stood against a man‚ she would have been thrown under the bus."

ANC leader Lindiwe Zulu says the lack of gender equality in the newly elected top six shows that the ANC's Women's League still has a long journey ...
Politics
3 years ago

IN PICTURES | Smiles, tears and celebration as #ANC54 elect Top 6

There were tears, smiles and singing as Cyril Ramaphosa beat his rival Nkosazana Dlamini-Zuma to become the new ANC president. Here are some of the ...
Politics
3 years ago

After Nkosazana Dlamini-Zuma lost the presidential race‚ she was comforted by other women in the party.
Politics
3 years ago
Next Article