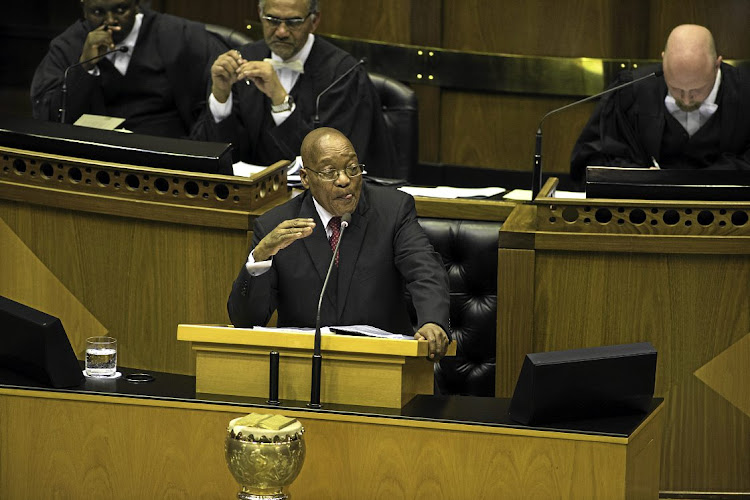 The National Assembly had not held President Jacob Zuma to account as required by the Constitution‚ said Constitutional Court Justice Chris Jafta in the majority judgment he read on Friday.

He said the application by the Economic Freedom Fighters and other political parties this year was a sequel to a judgment the Constitutional Court delivered in March 2016.

In this Nkandla judgment the Constitutional Court found that the president had failed to uphold‚ defend and respect the Constitution by failing to comply with the public protector’s remedial action.

The political parties sought an order that the National Assembly should adopt rules governing the removal of president from office.

The parties went to court earlier this year following the inaction by Parliament to hold the president to account. He found that exclusive jurisdiction to hear the case.

However‚ Chief Justice Mogoeng Mogoeng‚ in a dissenting judgment‚ said the majority judgment was a case of judicial overreach.

Jafta said the court made a finding that the failure by the National Assembly to make rules regulating the removal of the president in terms of section 89 of the Constitution was invalid.