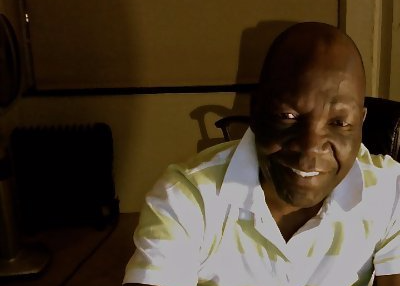 The ANC in Johannesburg will challenge the appointment of the metro's new chief of police‚ David Tembe‚ "using all available avenues"‚ as the party believes he is not the most suitable person for the job.

Jolidee Matongo‚ ANC Johannesburg spokesman‚ said the opposition party will approach the MEC for Cooperative Governance in Gauteng‚ as well as the Minister of Public Service and Administration to look into the matter.

"We have also given our legal team all the required documentation to start a process to have this appointment set aside‚" Matongo said.

The ANC had taken issue with Tembe initially being scored 5th out of the possible candidates that were interviewed for the position in a report tabled to council in a special council meeting in October.

Mashaba announced on Wednesday that Tembe started his duties as chief of the Johannesburg Metropolitan Police Department (JMPD) on January 2.

Mashaba said Tembe's public safety career began in 1981 as a paramedic with the Johannesburg Emergency Services (EMS). He was appointed as its acting head in 2002‚ and joined the JMPD in 2003‚ after almost 20 years of service in the EMS. Tembe was appointed National Chief of Traffic (RTMC) in 2011 until he resigned to pursue a career as a consultant in law enforcement in 2013‚ Mashaba said.

The ANC‚ who opposed his appointment in council‚ quoted from the recommendation by the recruitment panel in which it was unanimously recommended that Tembe be appointed‚ even though it was also noted that he was the fifth most suitable candidate based on the interviewing panel.

According to the ANC statement‚ the panel justified the recommendation by saying: “The reason for recommending the fifth candidate is that this is a crucial position and the City prefers the candidate being able to take up the position immediately. The advantage of this candidate is that he meets the requirement of being a registered member of the Municipal Police Service. The first four candidates are unfortunately not registered members of a Municipal Police Service and the process of ensuring that the necessary training and registration would take months to conclude.”

"This recommendation by the panel‚ if it indeed came from the panel‚ clearly demonstrates that David Tembe is not the most suitable candidate to be appointed as the Chief of Police in the City of Joburg. Therefore‚ his appointment will be challenged by the ANC using all available avenues‚" Matongo said.

Johannesburg has a new police chief

ANC questions appointment of chief of police in Joburg

The African National Congress in Johannesburg has questioned the process followed in the appointment of the new chief of police in the city.
Politics
3 years ago
Next Article