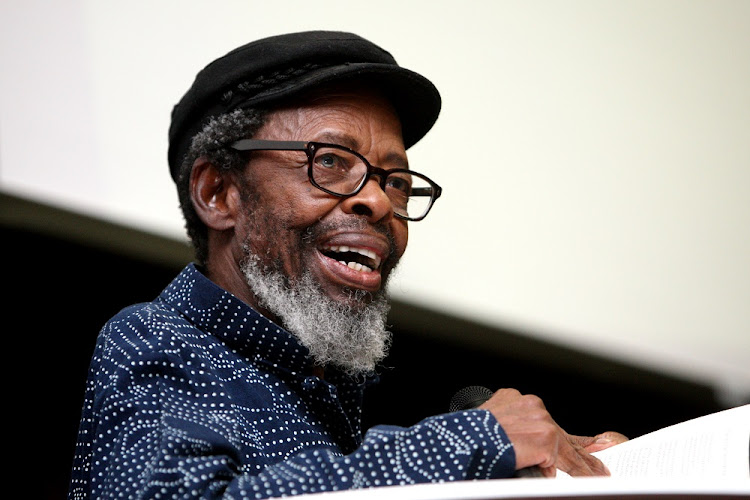 “Today our country mourns the sad passing of one of the giants of our liberation struggle who was renowned for his accomplishment as well in the education‚ arts and culture sectors. He was highly regarded even beyond the borders of our country and was a celebrated arts intellectual in the continent. We extend our deepest condolences to the family. May his soul rest in peace‚” President Zuma said in a statement.

Also extending its condolences to Kgositsile’s family‚ friends and colleagues‚ Parliament said the late struggle activist‚ who was born in Johannesburg in 1938‚ had “distinguished himself as an academic‚ a poet par excellence‚ and a champion for freedom and social justice throughout his life in South Africa‚ while in exile in many countries of the world and on his return home”.

“Through his sharp and progressive pen‚ he contributed in cutting open the oppressive blanket of the apartheid system to keep the liberation spirit burning in the country and abroad. For this contribution‚ the world‚ the African continent and our nation honoured him with numerous literary awards‚ including the Order Of Ikhamanga Silver he received in 2008‚ for his ‘excellent achievements in the field of literature and using these exceptional talents to expose the evils of the system of apartheid to the world’.

“The remarkable legacy of Bra Willie‚ as he was affectionately known‚ cannot die‚ but will live on to continue to inspire many to use culture to advance the development of people of South Africa‚” Parliament said in a statement.

The shortage of local books for children makes it difficult for them to learn about their society and environment, says award-winning South African ...
News
6 years ago

NEW ON YOUR PLAYLIST: Earl Sweatshirt

Earl Sweatshirt made his name as a member of the uber-hip Los Angeles music collective Odd Future, whose most famous members are Tyler, The Creator ...
News
8 years ago