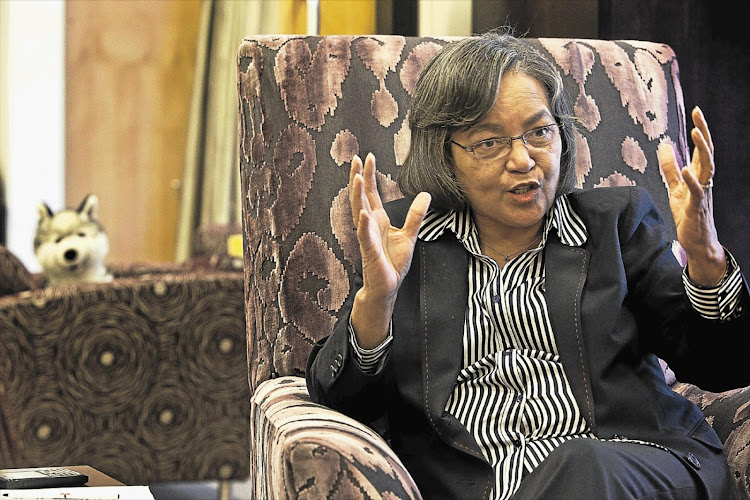 Patricia de Lille is refusing to go down without a fight as she faces twin threats to her six-and-a-half-year reign as mayor of Cape Town.

The city council decided on Friday that De Lille should be formally investigated for allegedly covering up wrongdoing by a senior council official. This followed a recommendation by attorneys Bowman Gilfillan‚ who were asked to get to the bottom of accusations flying between senior officials and politicians.

And the DA is considering De Lille’s submission in which she argues why she should not be asked to resign. She had until Friday to make the submission after a party inquiry found that management and governance-related challenges were prevalent in the Cape Town caucus.

In a series of tweets after the council meeting‚ De Lille seized on what she said were errors in the Bowman Gilfillan report that meant its findings‚ conclusions and recommendations were “highly prejudicial”.

She said she had been given an advance copy of the report and had requested corrections‚ but the lawyers had refused to comply.

“I feel that I have been unfairly and unnecessarily defamed and embarrassed by this report and believe Bowman Gilfillan’s refusal to correct a false finding‚ or to even consider that they may have made an error‚ to be unreasonable‚” she said.

“The report cannot stand as it is. It must be corrected. I am taking advice from my legal team on how to deal with this most unfortunate outcome of a process that was meant to provide a clear and independent way forward for our council as we pursue good clean governance.”

The council agreed with a Bowman Gilfillan recommendation that De Lille should be investigated further for allegedly preventing city manager Achmat Ebrahim reporting allegations of misconduct against transport commissioner Melissa Whitehead to councillors.

It also agreed that Ebrahim and Whitehead should face disciplinary action. They were given seven days to say why they should not be suspended pending their hearings.

James Selfe‚ a member of the DA federal executive‚ said De Lille’s arguments for why she should stay on as mayor were under consideration.

Cape Town mayor Patricia de Lille has been implicated in covering up a top city official’s wrongdoing after an independent investigation commissioned ...
Politics
4 years ago