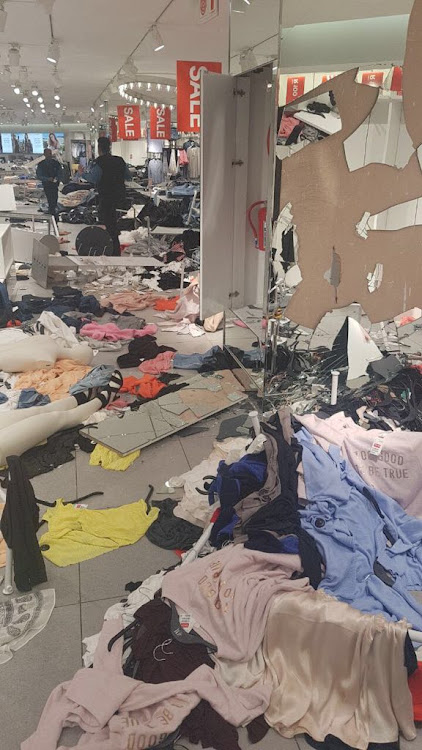 The Economic Freedom Fighters must be held accountable for all the damages incurred as a result of vandalism at a number of H&M stores‚ the Democratic Alliance said on Sunday.

The DA said EFF leader Julius Malema must pay the damages incurred by the stores.

Shops in Sandton‚ Menlyn Park and on the East Rand were forced to close after party supporters trashed the stores in an apparent protest against an online ad that has been labelled racist.

Earlier this week‚ the Swedish clothing company withdrew sales of a green hoodie with the inscription "coolest monkey in the jungle" after complaints that the ad featuring a black child had triggered accusations of racism.

Swedish multinational clothing-retail company H&M would have to "invest in building bridges" after its blunder involving a racially offensive hoodie‚ ...
News
4 years ago

“While we fully agree that racism is oppressive and has no place in a democratic South Africa‚ inciting violence and acts of destruction to property must be equally condemned‚” Nt'sekhe said.

She said Malema must pay for all damages incurred and compensate the employees who had to put in more hours clearing the mess.

“Trashing of stores cannot be condoned as it does not begin to topple the real elephant in the room – racism.”

She said the violent act showed that the EFF was not genuine in its solidarity with the employees who now might face possible job losses in a country that was grappling with high rates of unemployment and stagnant economy.

“There are other effective and non-violent ways to fight institutional racism and destruction of property doesn’t even begin to solve the problem but compounds it.”

She said the type of disruptive behaviour displayed by the EFF was not the kind of approach to use to express disgust over racism.