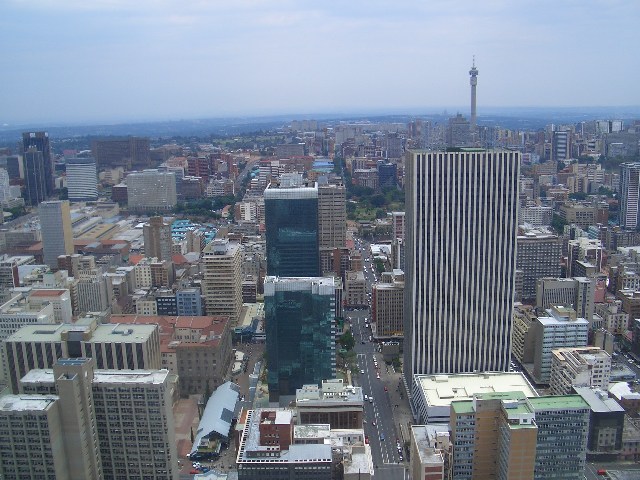 Johannesburg City centre. The Joburg finance MMC has been suspended after allegations that he tried to influence tender processes to benefit his associates. File photo.
Image: Wikimedia Commons

The MMC of finance in Johannesburg has been suspended after allegations that he tried to influence tender processes to benefit his associates‚ Mayor Herman Mashaba said on Monday.

Mashaba said Cllr Rabelani Dagada had been suspended after consultation with the DA federal executive. Dagada has also been removed as a councillor and faces a disciplinary inquiry of the party's federal legal commission.

Mashaba said he had launched a forensic investigation into Dagada after media reports late last year alleged "serious activities of undue influence and nepotism" against Dagada.

"The forensic investigation has found that Cllr Dagada has breached the City’s Code of Conduct by not declaring his interests and‚ subsequently‚ conflicts of interest with individuals closely associated with him. Further to this‚ the forensic investigation has found Cllr Dagada to have been involved in price fixing with a service provider to the City‚ and in the process acted against his sworn duty to our residents‚" Mashaba said in a statement.

Johannesburg Mayor Herman Mashaba will on Monday embark on a collection blitz in a bid to retrieve just under R1 billion from over 2‚000 businesses ...
News
4 years ago

"It is understood from the investigation that Cllr Dagada has acted in a manner which has sought‚ either directly or indirectly‚ to benefit service providers and officials closely associated with him. In this process a series of events have transpired that‚ in my view‚ could not have taken place coincidentally to the exclusive benefit of these associates."

Dagada will be replaced by development MMC Funzela Ngobeni‚ whose position will be filled by Soweto PR councillor Reuben Masango.

"Whilst the disciplinary processes are under way‚ I will be laying a complaint with the ethics committee of the council and criminal charges against Cllr Dagada‚" Mashaba said.