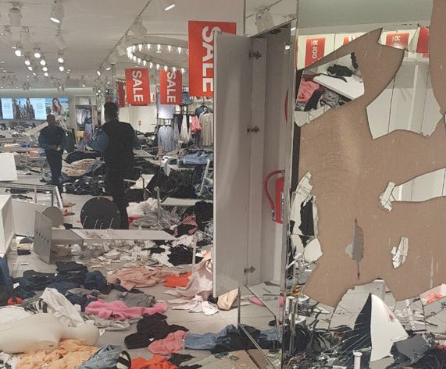 Retail clothing store H&M agreed on Friday to present the South African Human Rights Commission (HRC) with its plan on how to rectify the issues raised by its advert of a black child in a hoodie with the slogan “coolest monkey in the jungle”.

According to a statement by the HRC‚ the commission told H&M that “in the context of South Africa‚ words such as ‘baboon’ and ‘monkey’ are not neutral terms” and are used to demean black people’s humanity and position certain races as superior to others.

H&M said the company was aware that its apology was insufficient to address the hurt the advert had caused.

“We made a terrible mistake and we would like South Africans to understand that it will never happen again‚” said H&M representative Rob Hekkers.

H&M said it will begin diversity training for its staff and will send the HRC a draft plan by 26 January of how the company will address issues raised by its advertising campaign.

“Attempts [by the HRC] to meet the EFF were not successful‚” the commissions statement said.

UK TV personality Katie Hopkins – once known as "Britain's most controversial columnist" – is heading to South Africa to report on farm murders‚ ...
News
4 years ago

A few days late and many dollars short‚ as the old saying goes‚ Cyril Ramaphosa on Saturday in East London delivered the ANC January 8 statement in ...
Ideas
4 years ago