Mokonyane to fill in for Zuma 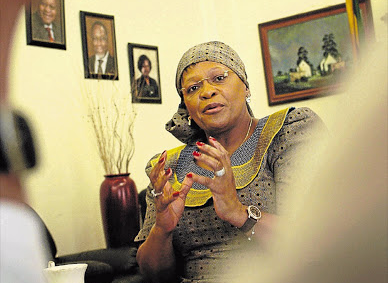 Minister of Water and Sanitation Nomvula Mokonyane will represent President Jacob Zuma at the inauguration ceremony of the President-elect of the Republic of Liberia‚ the Presidency said on Sunday.

The inauguration of George Weah Sr is to take place on Monday.

“President Zuma has remarked that the peaceful and democratic manner under which the elections in Liberia were conducted signified yet another positive step towards deepening democracy on the African continent‚” Ngqulunga said.

President Jacob Zuma’s most stubborn  ANC supporters left him in the lurch in his hour of need when they made no attempt to stop moves to oust him ...
Politics
4 years ago

The Guptas spent millions of rands  on a private jet and a fleet of luxury vehicles —  and  Atul Gupta directly scored R10-million — using taxpayers’ ...
Politics
4 years ago

Revealed: how Shaun Abrahams was forced to act on Guptas​

This week the Asset Forfeiture Unit set its sight on assets worth R1.6-billion belonging to the controversial Gupta family. This latest court action ...
Politics
4 years ago