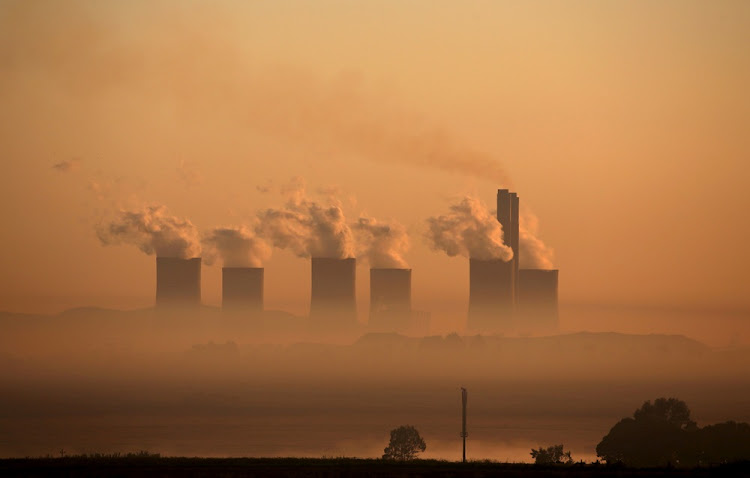 Eskom’s head of generation‚ Matshela Koko‚ and suspended chief financial officer Anoj Singh are expected to appear before a parliamentary inquiry into alleged corruption at the power utility.

The Portfolio Committee on Public Enterprise are expected to receive evidence from suspended the duo. Singh will open the inquiry’s public hearings – sitting for the first time this year - when he appears on Tuesday. Koko is expected to be in front of the inquiry on Wednesday‚ when he is expected to give his side of the story.

"Eskom protocol is that we have authorised spokespeople that deal with Eskom issues. If I comment on Eskom issues‚ I may be presenting myself on the platter‚” said Koko when asked about his appearance.

"As I speak to you now‚ I am preparing for Parliament because that is my main focus. This is the only opportunity that has presented itself to me to tell my side of the story. All along I heard people talking for and on my behalf and I've been constrained‚ and haven’t had an avenue to respond or say my say on a legitimate forum‚" said Koko.

Estina‚ the company that ran the Gupta-linked Vrede Dairy Farm Project had only R9‚000 in its bank account before the first payment of R34-million ...
News
4 years ago

Meanwhile‚ energy expert and EE Publishers editor Chris Yelland said the newly appointed Eskom board will have to pull their socks up and hit the ground running to plug the power utility back into the light socket.

The new board was announced on Saturday‚ and will be overseen by Telkom chairperson Jabu Mabuza‚ who was appointed acting chairperson.

"Eskom needs to immediately restore the confidence of the financial community‚ both locally and internationally. The lenders‚ banks and people who issue bonds need to be made to understand that there's this new leadership and that governance will be taken very seriously‚" said Yelland.

He said that the board had a mammoth task of clearing out all the parastatal’s executives who have been implicated in fraud and corruption.

"Government has instructed them to deal with these people immediately and remove them from Eskom - and that is what needs to be done‚" added Yelland.

Yelland‚ a seasoned journalist who has been following developments at the power utility for decades‚ said the immediate crisis that Eskom faces is that it has to present its interim financial report for the period ending September 30‚ 2017‚ which should have been presented by December last year.

"If they don't present it‚ there's a possibility that their bonds could be blocked from trading on the Johannesburg Stock Exchange and that's very negative. So Eskom needs to ensure that its financials are presented and that will require assurance from the auditors that it is a growing concern.

"This needs to be addressed one way or the other very quickly by government‚ Treasury and by Eskom and that has to be done by end of January as far as I'm concerned. In the next two weeks‚ Eskom will have to roll over some of its existing debts and also needs to proceed with the bond issue‚" added Yelland.

"This will ensure that it excludes doing business with the employees and all companies that have benefitted from irregular expenditure because that is where most of the money is. Eskom spends about 60 percent of its revenue goes to coal which equates to about R70 billion every year that it spends on coal and a lot of that money should not be paying those prices… its paying those prices because its buying coal from its own employees‚" said Mantshantsha.

He added that politicians should try by to stay away from meeting up with Eskom's executives unless protocol has been followed.

"Politicians must play absolutely no role in Eskom's operations; they must limit their role to policy-making. They should not even visit Eskom without getting the chairman's approval. They must get a written request setting reasons and the agenda of the meeting‚" he said.

Mantshantsha said lifestyle audits should be done on‚ at the very least‚ at least the top 20 executives and top 200 managers with signing powers over contracts and tenders. He said this should apply across all managers and not just those accused of corruption.