'Unresponsive and evasive' Dlamini doesn't 'like to be pushed around' 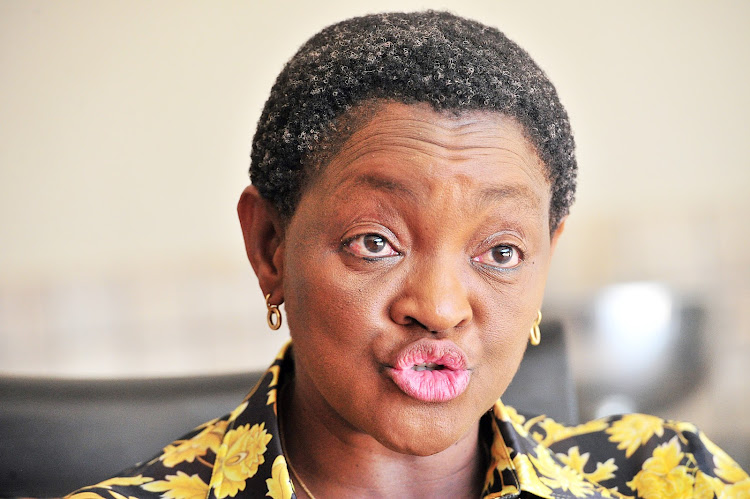 The inquiry into social development minister Bathabile Dlamini's role in the social grants saga got off to a shaky start on Tuesday as she was accused of being "unresponsive and evasive".

Counsel for the Black Sash Trust‚ Geoff Budlender SC‚ grilled Dlamini on the procurement process of the leaders of the workstreams she had established to deal with the social grants crisis.

He wanted Dlamini to tell the inquiry how her department had acquired the leaders of the workstreams.

Dlamini‚ who is giving evidence in her home language‚ Zulu‚ told Budlender that "the report is clear. They were invited so we could check their suitability as per the procurement process".

Budlender told the minister that she was not answering his question.

Social development minister Bathabile Dlamini is likely to face more tough questions on Tuesday at an inquiry into her role in the social grants ...
Politics
4 years ago

"Minister‚ I am going to ask the judge to rule that you are unresponsive and evasive."

Dlamini retaliated and told Budlender that she does not like to be "pushed around".

"I don't like to be pushed around. I have been asked the same question over and over."

When she eventually conceded that they were senior‚ retired judge Bernard Ngoepe asked Dlamini why it took her so long to answer a "simple" question.

On Monday Dlamini told the inquiry that she had established the workstreams because Sassa did not have the internal capacity to do the job.

I didn't consider it necessary to report workstreams to ConCourt : Dlamini

Social Development minister Bathabile Dlamini said on Monday that she did not inform the Constitutional Court in her affidavit that she had ...
Politics
4 years ago

She denied allegations by Magwaza that the workstreams accounted directly to her‚ a move he said was in contravention of government protocol.

The Constitutional Court last year ordered that an inquiry be established before it could rule on allegations that Dlamini was to blame for the grants fiasco. The court ordered that all parties involved in the matter appoint a judge to investigate whether Dlamini should be held liable for the saga.

Ngoepe has since been appointed to head the inquiry.

The Black Sash Trust had approached the court in March last year after Sassa acknowledged it would not be able to pay millions of grants from April 1‚ despite promising the court in November 2015 it would do so.